LYNX Camp 2020 truly embodied the spirit of the College of Media & Media, the Lynx Leaders, instructors, and of course, the campers, who have always made the annual arts and media summer camps a special experience for young creatives. As the camps pivoted to online programming, not only did the instruction go virtual, so did the sense of community and camaraderie that have traditionally brought campers to the CU Denver campus year after year.

As a testament to the strong reputation of the camps and CU Denver, the camps boosted strong numbers and perhaps gave students who may not have been able to travel to Denver the opportunity to attend.  The 2020 LYNX Camps hosted a total of ​223​ students–– 26 students from ​11 states outside of Colorado​, and one student from ​Turkey​. 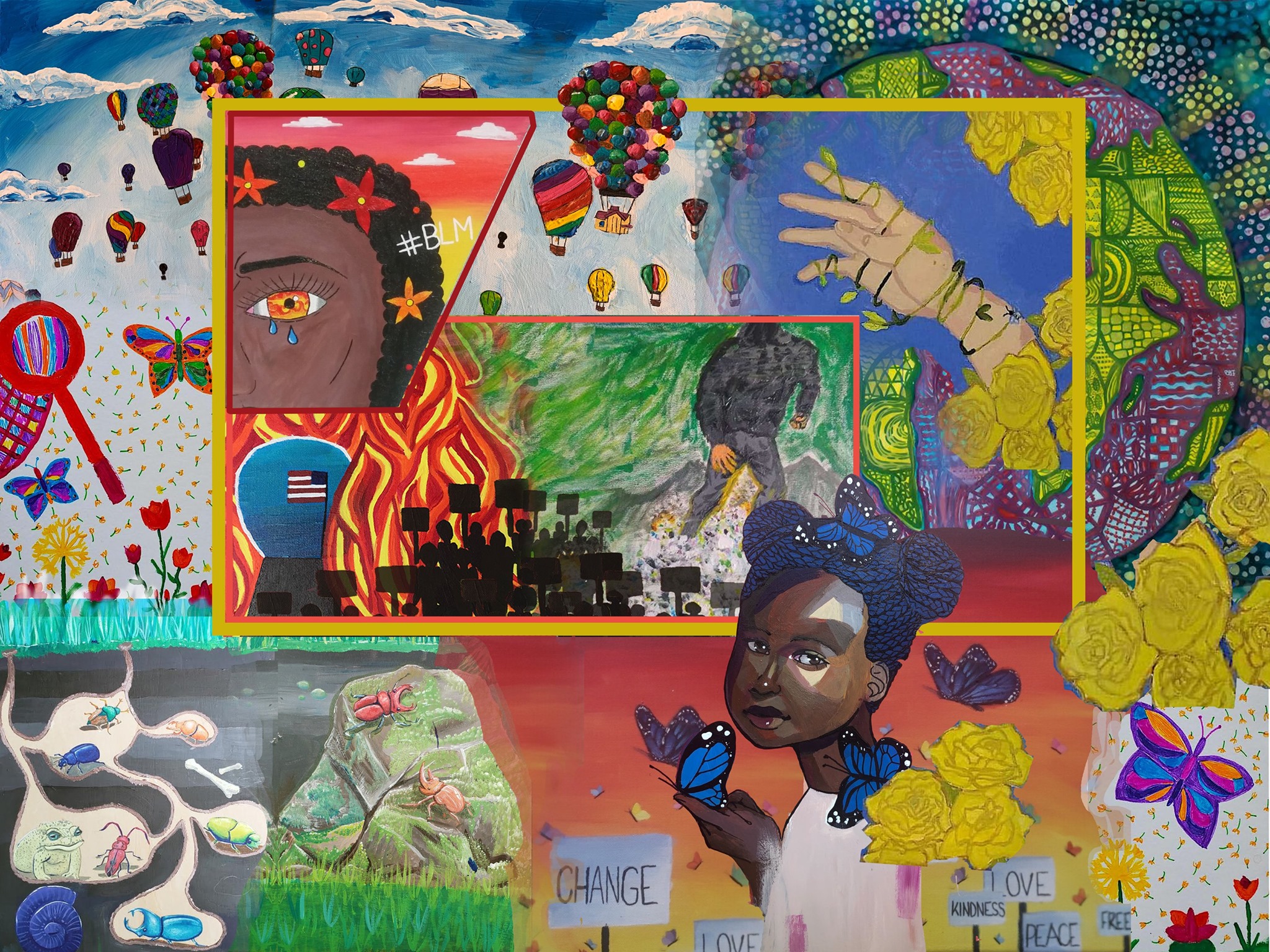 The final work of the 11 students who attended the Mural Creation camp, led by Abby Gregg.

How do 25 young filmmakers create, what may be their first film project, over zoom? And how do 19 budding animators storyboard and bring a project to life? The same question can be asked of music students who wrote, performed, mixed, and mastered,  painting students who completed a single ural and the dozens of other creative works in illustration, electronic music, photography, and comic book character design. The answer is through collaboration, creativity, and dedication by the campers and the camp leaders––and a little help from the advanced technology that CAM makes available to campers each and every year.

Instructor Abby Gregg let students be inspired by the events surrounding social justice activities this summer. The result was collage of individual works that together created a singularly striking mural. The mural will be placed on campus or in Denver in the next year.

The Music Industry Program, in its seventh year and the original anchor of the LYNX Camps, continued to feature guest artist performances each evening, and even had a "Zoom bomb" from Issac Slade, lead singer of the Fray, and graduate of CU Denver. 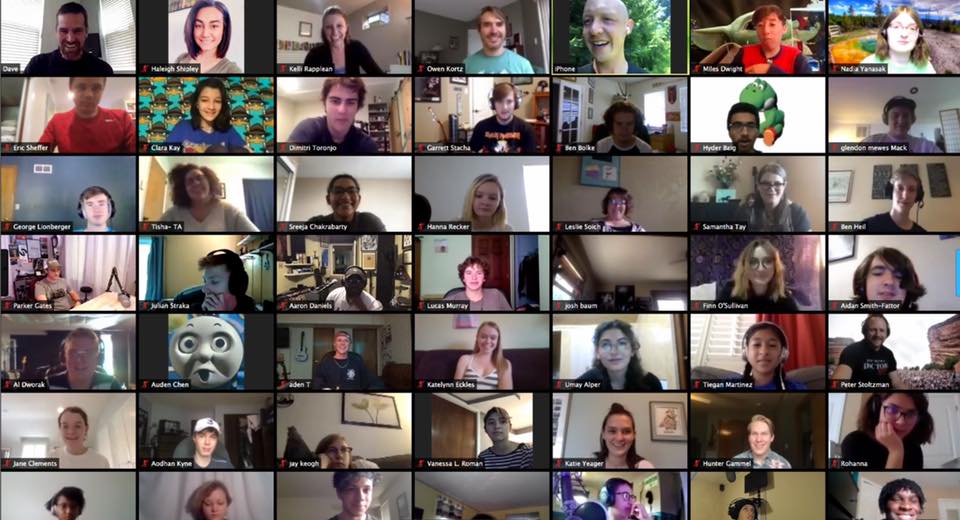 WHAT CAMPERS ARE SAYING:

WHAT PARENTS ARE SAYING:

In order to allow access to all students no matter their economic background, LYNX Camp awards scholarships to families with need. This year the LYNX Camps awarded 74 student scholarships (41% of the camp population), amounting to $30,000, plus multiple forms of additional discounts. Much of the scholarship money awarded comes from our generous donations and partnerships in the community. LYNX Camps partner with the following organizations to be sure to reach students who might not normally have access to these types of camps: DPS CareerConnect, Minds Matter, & College Track. This year our largest donors in scholarship funding were the Colorado Film Commission,  Denver Arts and Venues, and individual Ralph Nagel. Even small donations add up to help us provide scholarships to students!

Give to LYNX Camp Scholarships

LYNX Camp consistently receives extremely positive feedback from both students and parents and this year we were thrilled to see such a positive response rate even after going remote.

98% of students and 94% of the parents stated on the post-camp survey that they have a better impression or the same good impression of the College of Arts & Media after attending the camp.

96% of parents stated they thought LYNX Camps still offered a high level of instruction given the (necessary) online instruction.

92% of students strongly agree or agree that they would recommend LYNX Camp to other high school students.