In commitment to evolving groundbreaking curriculum and preparing students to be change-agents in the creative economy, CU Denver’s College of Arts & Media has entered into an official partnership with Sound Diplomacy that will support two innovative and trailblazing courses– Music Cities and Music Tourism– through providing live research, data, project support, mentorship, and guests lecturers.

Besides being the international thought leader in creating blueprints for cultural strategy and having worked with the United Nations to cover topics such as music economy and tourism, Sound Diplomacy produces the Music Cities Convention, the largest global reaching convention exploring the relationship between music and the built environment.

“It has always been our objective to develop a comprehensive academic framework around music cities because it’s important that we’re training the next generation and creating a model that any city can follow, regardless of where it is and how big it is,” says Shain Shapiro, founder and CEO of Sound Diplomacy. “Partnering with CU Denver on this music cities furthers scholarly research topics, trains the future workforce and expands the value of music in every city, town and place.”

CU Denver Music Business Professor Storm Gloor has been aligned with Sound Diplomacy and the Music Cities Convention since it’s early days and created the very first course of its kind, also called Music Cities—which studies the importance of entertainment as an economic driver and how music economies are built, grown, and sustained. Students research current economic and public data, and reports to understand the relationship between music, policy, and quality of life indicators. Now in its fourth year, this semester the Music Cities Course is working in an official capacity with Cheyenne, Wyoming to evaluate and make growth recommendations in areas that advance the music and arts economy. In 2018, the Music Cities class did similar work in Arvada, Colorado and presented their findings to an international audience at the Music Cities Convention in Lafayette, Louisiana.

Being partnered with Sound Diplomacy formally means that CU Denver students can continue work that supports music tourism and the “music cities movement” with backing from the authoritative organization known for advising and consulting with cities worldwide in regard to the economic, cultural, and social impact of the music industry. Sound Diplomacy will provide data, live research, and mentorship on the course projects. CU Denver students will also be considered for career and internship opportunities within Sound Diplomacy’s network.

“Shain and the Sound Diplomacy team have been a great resource for our program from the very start,” says Gloor.  “Having Sound Diplomacy's mentorship and resources available to us will greatly enhance the learning experience our students will gain from our study of Cheyenne's music economy.”

The 2020 Music Cities Convention will take place in Denver and Fort Collins this September. This is the fourth US and 10th global Music Cites Convention hosted by Sound Diplomacy and will include participation from mayors, musicians, academics, economists, music industry executives, and other civic and creative industry leaders. It’s further evidence of the investment Denver is making into music, arts, and creative infrastructure and the perfect lab for students to see the impact of a creative economy. With Sound Diplomacy as a partner, CU Denver students can bring what they are learning in class, what they see in the city, and thought-leadership to the work they are doing in Cheyenne. 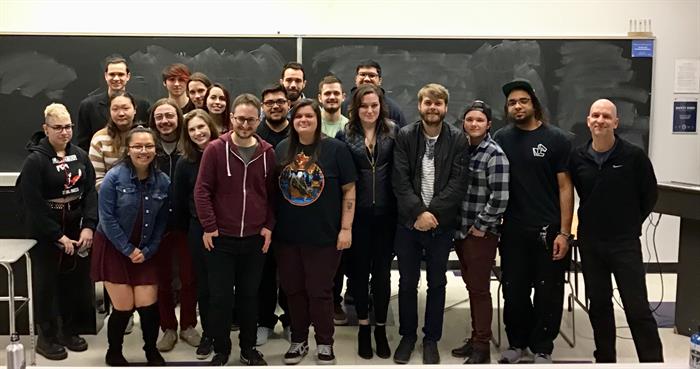