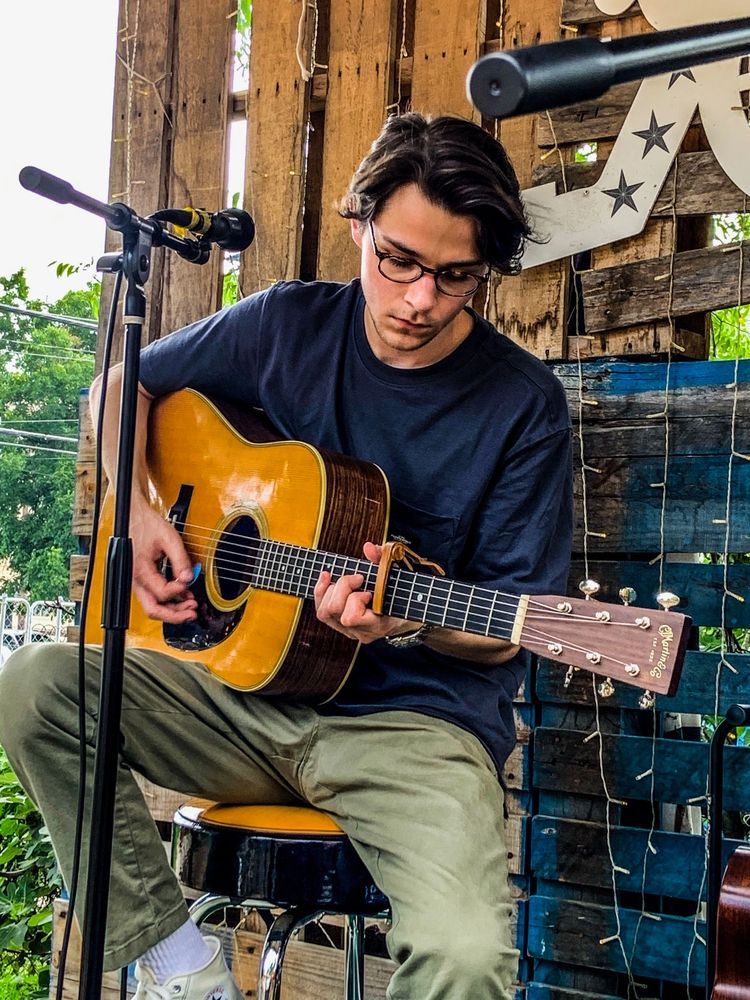 Bryce Menchaca, student in the Music & Entertainment Industry Studies (MEIS), recently signed a songwriting deal with BMG, one of the major publishing companies in the music industry. Menchaca, who is in the second year of the singer/songwriter program in the College of Arts & Media, says learning at CU Denver has taught him things he didn’t know about music, despite already having released an album before coming to school.

“I’ve learned a lot about how music works as a language,” Menchaca says.

In addition to honing his musical skill, Menchaca met his current manager at CU Denver. It took multiple solicitations before MEIS instructor Barton Dahl agreed to work with him, Menchaca humbly admits. But once Dahl heard the songs Menchaca shared, he passed them along to a contact at BMG, and the rest, they say, is musical history.

The agreement with BMG is a co-publishing deal, which means Menchaca has a quota of demos with original songs he must send to the company each month. From there, his songs could potentially make it onto the albums of any number of the famous artists BMG represents (Ringo Starr, Lenny Kravitz, John Legend, just to name a few). They could also be placed in a Netflix show or a commercial.

The 20-year-old Menchaca says if he could choose anyone in the world to record one of his songs, Paul McCartney would be his number one choice. But, he admits he will be thrilled if one his songs ends up somewhere, anywhere, because “one placement can be the deciding factor in someone’s career.”

Menchaca believes his moving to Denver was the impetus that really spurred the path to a co-publishing deal. Originally from Texas, Menchaca moved to Denver to attend Metro State University (MSU). He transferred to CU Denver in large part because of the faculty and the facilities CAM provides. “The teachers are phenomenal,” Menchaca says. “The way they teach is absolutely insane—in the best way.” So far, he’s had the privilege of studying under Matt Hoffman (whom he originally met in MSU’s music program), Evan Shelton, Owen Kortz, and Andrew Morell. Menchaca originally sought out Dahl as a manager due to the instructor’s track record in the music business industry. Among other well-known bands and artists, Dahl manages Denver-favorite Nathaniel Rateliff.

As far as the facilities are concerned, Menchaca says he spends hours tinkering on the pianos in the practice rooms and really appreciates the recording studio. Plus, “the campus is beautiful.” Beyond that beautiful campus, Menchaca finds the Denver music scene encouraging. Despite the quick, city-life feel of downtown, the musicians in Denver are pretty closely knit. “I like how everybody knows each other,” Menchaca says.

Looking to the future, after he’s gotten the most out of what he considers a favorable situation at CU Denver, Menchaca says recording and performing his own songs would be the “ideal scenario.” Ultimately, though, Menchaca’s desire is to “be a signed songwriter and have a family and be happy going forward. I think that’s the plan—to find happiness.”