Get to Know Gregory Walker

Gregory Walker is a professor in the Music & Entertainment Industry Studies department. 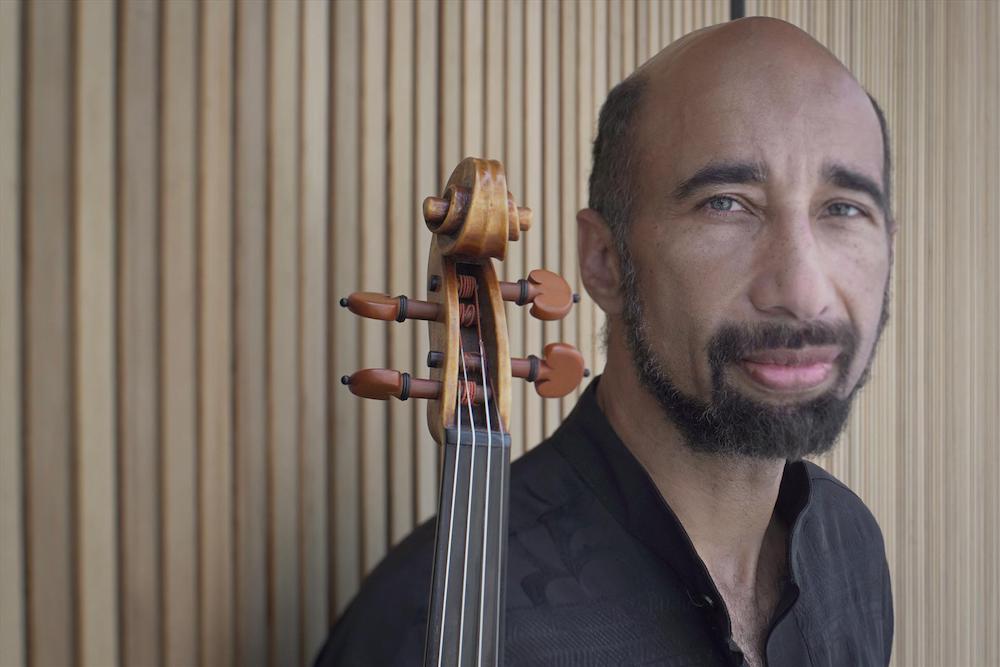 Gregory Walker has been a professor in the College of Arts & Media’s Music Education Industry Studies department since 1991. An accomplished violin and guitar player (including the electrical versions of both of those instruments), Walker comes from musical stock: His father, George Walker, was the first African American winner of a Pulitzer Prize in music. His mother, Helen Walker-Hill, was an academic whose research focused on the music of Black women who received less than their deserved share of history’s attention. Walker has served in a variety of positions including as co-concertmaster of the La Jolla Civic Symphony, playing a Stradivarius with the Philadelphia Orchestra, and concertmaster of the Boulder Philharmonic Orchestra. He’s also starred in the Indian film “Song of the Untouchable” and is a composer and a recording artist. Walker is looking forward to performing a multimedia show in Spring 2022 at the Vienna Volkstheater. Although his experience composing and performing music has been at the highest levels of the music world, Walker appreciates the opportunity he has in CAM to collaborate with students on their education.

1. You have said that you have experienced stage fright. For someone who performs as extensively and at the level you do, this can be hard to imagine. How did you get over stage fright? Do you still experience it?

Fear is interesting because most of our life choices are influenced by it.  While classical celebrities become successful in part because they've never had debilitating stage fright, I've had to spend time with the research of sports psychologists who work with music students.  Unfortunately, it still all starts with being willing to suffer for what you love.  It ends with learning to let stuff fly.

2. We often think of professors as holding the salient knowledge in a room, but what have your students taught you over the years? What is something you know now as a seasoned musician and composer that you wish you had known when you were in college studying music?

It's fantastic when solutions to obstacles in, say, an ensemble, can turn into a grand unified field theory for other students' challenges.  Because non-majors in big classes aren't inherently going to love every new thing I play for them, we've got a unique excuse to explore how these sounds reflect something that's universal: the history of the human experience.  And every so often in a student, I'll glimpse a passion that we share.  Just like with the rest of life, that's what we live for.

Since my own time in college, I’ve learned that you've got to find the opportunities to express yourself within the music's parameters.  And that simultaneously you've got to expand your creativity beyond all the other educational and career limitations you're told to inhabit.  And that, in fact, there's no such thing as a monolithic "career”—only the pursuit of those perfect moments and collaborations along the way.

3. How has teaching helped you grow as a professional?

It's easy for professionals to get wrapped up in technical whatnot.  The students remind me of the innocence with which musical performance is really experienced—and what penetrates that to leave the deepest impressions.  Things like shared passion.  Drama.  Energy.  Which are the last things professionals typically think about.

Every year, I get to play my father's music in various venues around the country.  I also get to collaborate with researchers and performers still interested in the Black women my mother, Helen Walker-Hill, worked with and published.  Not only did those two teach in the CU system, my grandfather, George Siemens, was a professor of genetics at CU Denver in the 1970s.  I suspect the various experiments he introduced me and my brother to gave me a taste of what it means to experiment with and explore some pretty wild stuff.

5.  How do you personally get into a creative state of mind? Are there any rituals you perform or patterns you try to follow when you create?

"Rituals" and "patterns," let's see...  Well, I do try to get away from music whenever possible.  Hanging out with the family, writing fiction, martial arts, or just being lazy.  Don't know if it really helps get me in a creative state of mind, but when you finally pick up the fiddle again and realize you've wasted the afternoon and the concert's next week, at that point, you sure are motivated to create!

This event is free and open to the public.