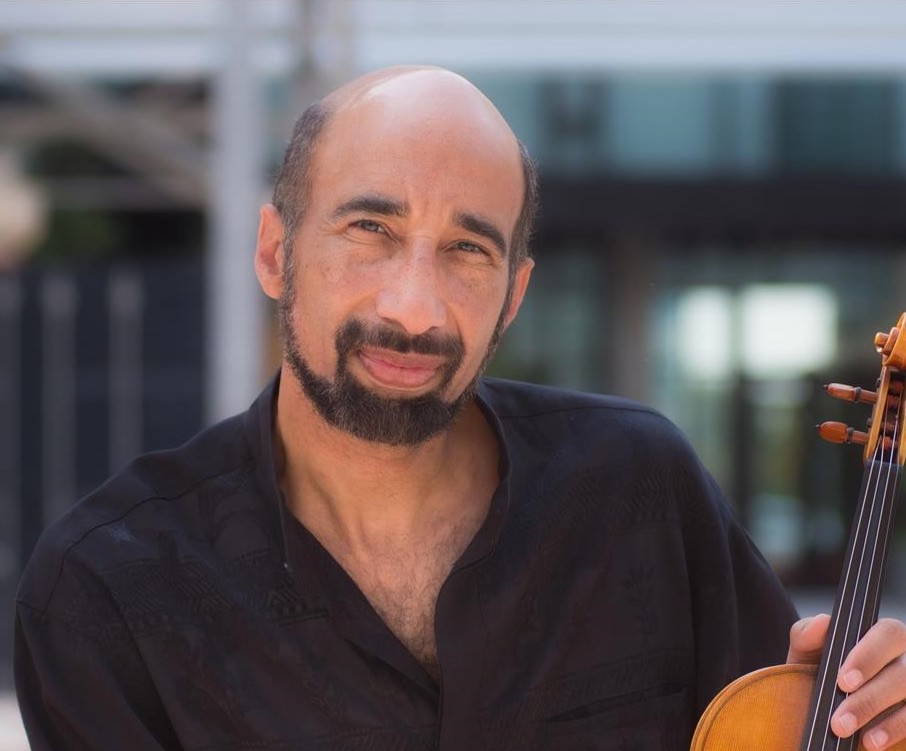 Gregory T.S. Walker is an American Academy of Arts and Letters Fellowship recipient and International Musician cover artist. His Dream N. the Hood for Rapper and Orchestra was described by the Minneapolis Pioneer Press as "an American masterpiece". While concertmaster of the Boulder Philharmonic Orchestra, Walker deconstructed New Orleans voodoo artifacts in Gris-Gris Man for Video Violin at the Tokyo NWEAMO Festival and explored the music and culture of India's caste system in the documentary "Song of the Untouchable". His music has been performed by Poland's Filharmonia Sudecka, the Detroit Symphony, the Grand Rapids Symphony, the Colorado Symphony, and the Encuentro Musical de los Americas in Cuba, as well as at Great Britain’s Lake District Music Festival, the Lamia Conservatoire in Greece, and the Cork Orchestral Society Concert Series in Ireland, the London Song Festival, and at the Chetana International Music Festival in Kerala, India. A multi-instrumentalist who has appeared as a violin soloist with the Philadelphia Orchestra and has been profiled in Guitar for the Practicing Musician, his "Bad Rap for Electric Violin and Chamber Orchestra" is published by Keiser Music and Global Solstice for Electronic Guitar and Chamber Orchestra was released on the Centaur label.

Walker, Gregory T.S. (1993). Dream N. the Hood for Rapper and Orchestra. Voice of the Rockies Publishing.