Get to Know Chilli Kellaway

Chilli graduated from CAM in 2021 from the 3D Graphics & Animation program with a minor in script writing. 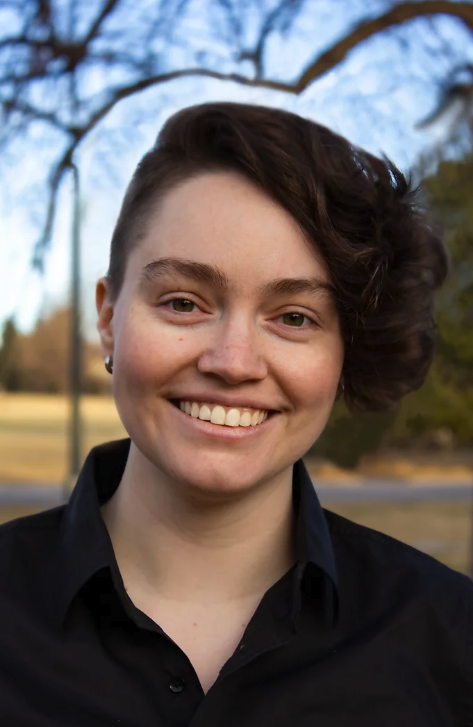 Chilli Kellaway ‘21 grew up in Las Vegas, Nevada. After earning an associate degree in digital communication and media from Colorado Mountain College, Chilli transferred to CU Denver, where they graduated with a Bachelor’s degree in 3D animation with a minor in script writing. Chilli started their film project “MISS-TAKEN”, which won an EDI award, while studying in the College of Arts & Media (CAM). Chilli now works in the Comcast Media and Technology Center (CMTC) and Inworks on the CU Denver campus. Chilli’s day job sees them facilitating 2D design, 3D design, AR and VR projects while helping the University community learn about design innovation. One of these projects involves partnering with the Anschutz Medical Campus to develop VR educational tools for medical students. Even when they’re not working, Chilli still has animation and gaming in mind. In their spare time, Chilli works on character creation and learning how to use the Unreal gaming engine. Considering their fast-paced and innovation-led career path, Chilli appreciates the amount of group work that their studies in CAM emphasized. Group projects in the Design Animation Center (DAC) taught them how to have their work critiqued, learn from other people, and critique others’ work. Chilli attributes the accessibility of the faculty members and a “we’re all in this together” mentality among the students to their positive experience in CAM.

1. How did your interests in the arts evolve as you studied in CAM and how did you evolve as an artist?

I initially started out wanting to animate for film, but as I started to build up my understanding of the industry and what I actually enjoyed, I was drawn to story development and character creation. This interest evolved into gaming and education—or using games to teach. As the years went on, film stopped resonating as much with me and I realized I wanted to lean in toward interactive experiences. A lot of that was motivated through several story-based classes, through script writing classes with Roma Sur, to the DAC’s classes revolving around story development and VR storytelling taught by Prof. Howard Cook. It really connected me to this whole world of using the animation industry to create tools for education.

2. Can you tell us about the film you created? What led you to create that film?

“MISS-TAKEN” is a live action film about a trans woman who wakes up in a facility where they’re trying to take away what makes her her. The main character’s sense of self is shown visually, separate from her. She is initially trying to fight this process, but then as she is left alone longer and longer, her spirit fades. The film is admittedly on the darker side and was inspired by my most severe fear.

The main fear I grew up with was the idea of someone not believing me, or what I call the lobster trap: Getting myself into a situation that I can’t get out of because I don’t have control over the whole structure—the cage. I spent a lot of time when I was in my late teens, early 20s trying to express how I experienced the world and having people tell me I was misinterpreting my own feelings. It made it harder for me to speak out or believe myself—even in my own head. Because of that constant fighting for my identity, I just stopped trying to be me for a portion of time and was miserable because of it. When you are constantly told that you are in the wrong, it slowly dulls your perception of yourself because we filter our perception through what other people think of us. My most severe fear is being in a place where regardless of how much I’m shouting, no one can hear me. That’s really where this film came from. 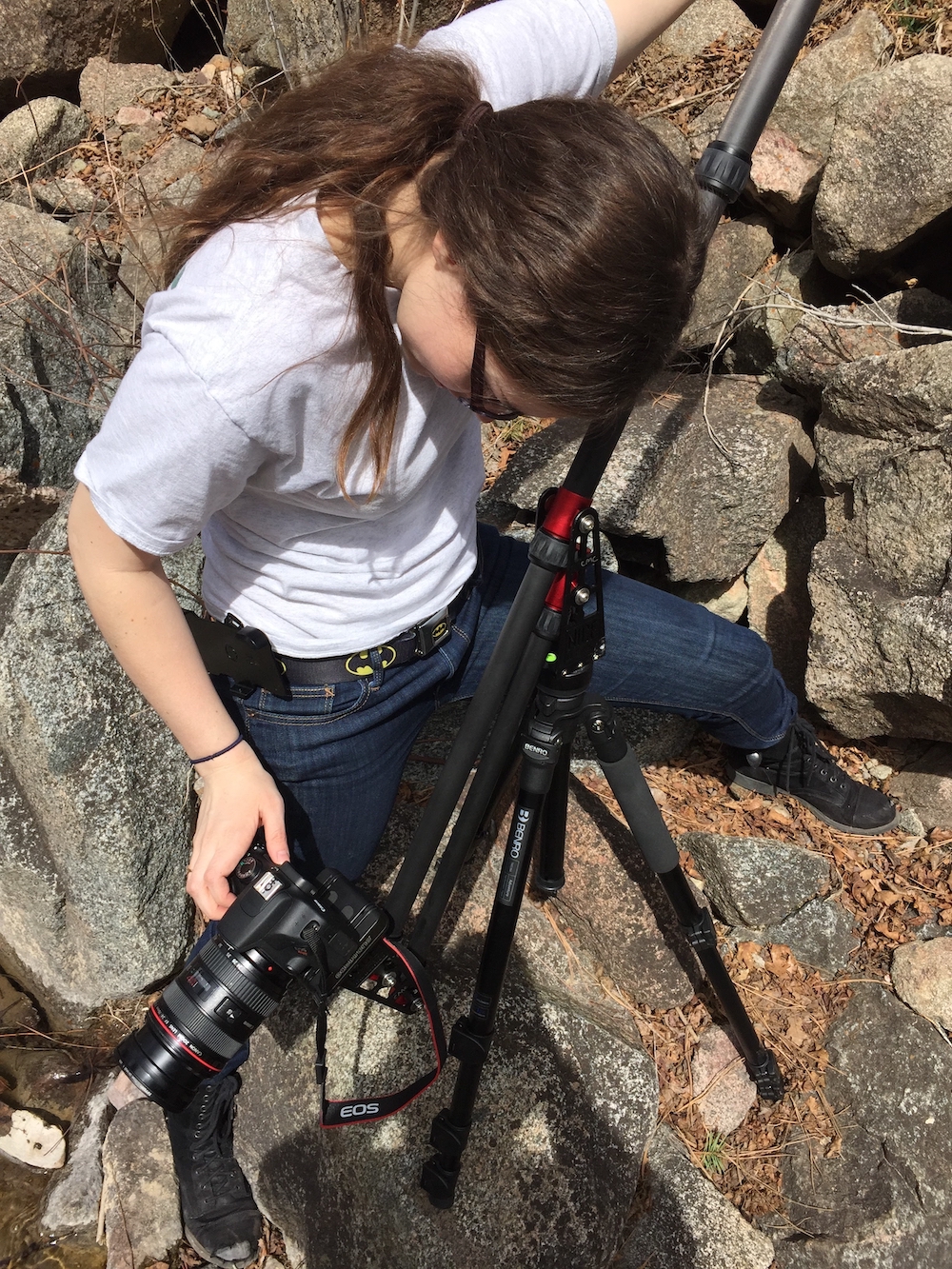 3. What is a career goal you are working toward reaching and what are you doing to reach this goal?

I really want to move toward the gaming industry, specifically advancing technologies for the gamification of education. I’d like to be involved in creating education tools that are on the fun side to bridge those experiential gaps that can happen in later education. I’m dipping my feet in the water when it comes to those types of projects through my job at CMTC. I’m currently working on an Anschutz project with VR-based education tools. I’m also workings on a project with AR for the engineering program at CU Denver. My pie-in-the-sky goal is probably either working with a studio that focuses on in-depth storytelling of games or working with a studio where I’m able to use these tools of storytelling, creature creation, and education. This is why I’m developing my skill in Unreal in my spare time.

4. What advice would you give someone interested in studying 3D animation?

It’s important to know the programs, but the industry is advancing so quickly that you really want to focus on the fundamentals of how you approach things like modeling and animation. Take those approaches and separate them from the programs they are attached to. So, less “click this to get that” and more “how should I be building up this model from scratch?”. Focus on things like analyzing movement rather than the tools. Tools are important and you will learn them as you go, but the biggest thing is that you may spend years working in Maya (like I did), but it’s moving out of the industry standard spot and now more opportunities are being given to those using 3ds Max or Blender. Instead of teaching yourself the programs so intensely, you want to learn how to learn fast. Focus on the fundamentals and how the programs relate to each other, the skillsets that you would need for various types of programs rather than just one. I guess that’s the point of school in general: Not just absorbing the information learning how to learn and explore knowledge individually. 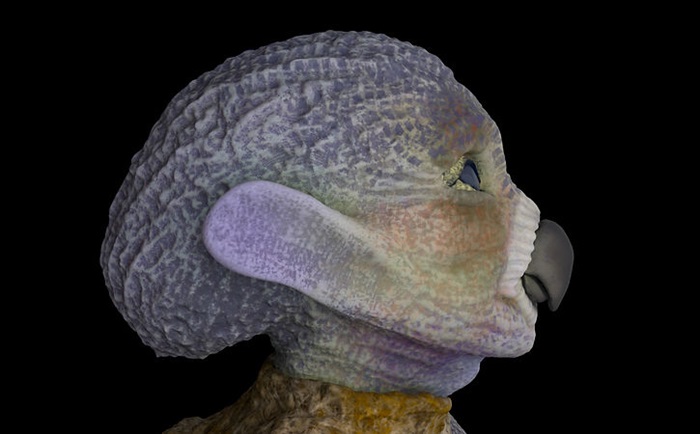 5. What helps you get into a creative state of mind?

I tend to hit interests in waves. I’ll get on certain kicks, and I cannot turn my attention away from that to the thing I’m supposed to be working on because all my motivation is in that one kick. I find that watching a video that has to do with the thing I’m trying to get inspired by or listening to music that reminds me of that thing I’m trying to be inspired by helps. If I want to do digital art but I’m way too focused on story writing, I’ll watch a video of someone doing digital art, or if I need to focus on story development but I’m way too focused on VR stuff, I will listen to scores of films or video games and that will get me into the right emotional mindset. I heard recently, inspiration is a fickle beast and you’ve got to cater to it. Unless you have a deadline or outside obligation, don’t feel bad if you’re not in the mood to create in one form or another. Go with the flow of your inspiration. Let your brain lead you and leave off fighting it for when you absolutely have to. Pick and choose your battles.