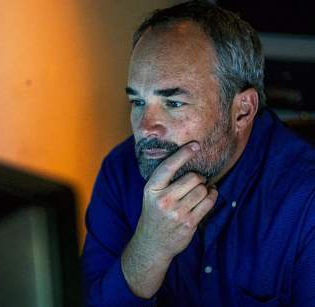 Howard Cook has been a professor at CU Denver since 2003, having earned an MFA in Digital Cinematography from National University, an MFA, Painting (abt) and BFA Printmaking from Auburn University.

Working directly with the crews of 12 shuttle missions, Howard helped to develop some of the first educational/public outreach programs for the NASA Shuttle program. From 1983-1996, he led Airworks and Associates, a design firm aimed at creating content for space/aerospace and entertainment industries. During this period, he served as a freelance Creative Director at LucasFilms LTD. and Paramount Studios, where he worked on the Star Trek properties.

From 1997-2002, he worked at the Denver Museum of Nature and Science as the Chief Technologist and Manager of Digital Media Development. Projects he led included the Space Odyssey experience, the Gates Planetarium and the Cosmic Atlas software in the Gates.

His research focuses on immersive storytelling and world-building in the VR/AR and immersive dome media space, with multiple projects throughout the world.