“Our lives are better when they are telling the full story of America,” says Drake. “Who are we to determine whose story has importance and whose doesn’t. Call it CRT [critical race theory], call it whatever, I call it history.”

Photographer and writer Josh Miller and poet and author Hannah L. Drake are innovators who belong to groups that have historically been relegated to the periphery of society and who, to the detriment of that society, have been most tempted to cover who they really are. As Drake and Miller expanded upon at their lecture “From Underestimated to the Cover of the New York Times” on Wednesday, August 25, 2021, “covering” involves changing one’s behavior or expression of one’s self in order to fit in and make others feel comfortable.

Covering can take on many forms on an individual and societal level. For instance, have you ever worn a particular outfit, not because you liked the style of the pants or the words on a t-shirt, but really just because you wanted to fit in? Ten years ago, Miller realized he was forcing himself into blazers and slacks when he felt more himself in dresses. On a trip to Senegal, Drake observed herself deliberately acting in a way so as not to attract suspicion for “shopping while black.” The realization that she was in Africa, surrounded by other black people who did not suspect her of criminal intent hit her with its novelty. 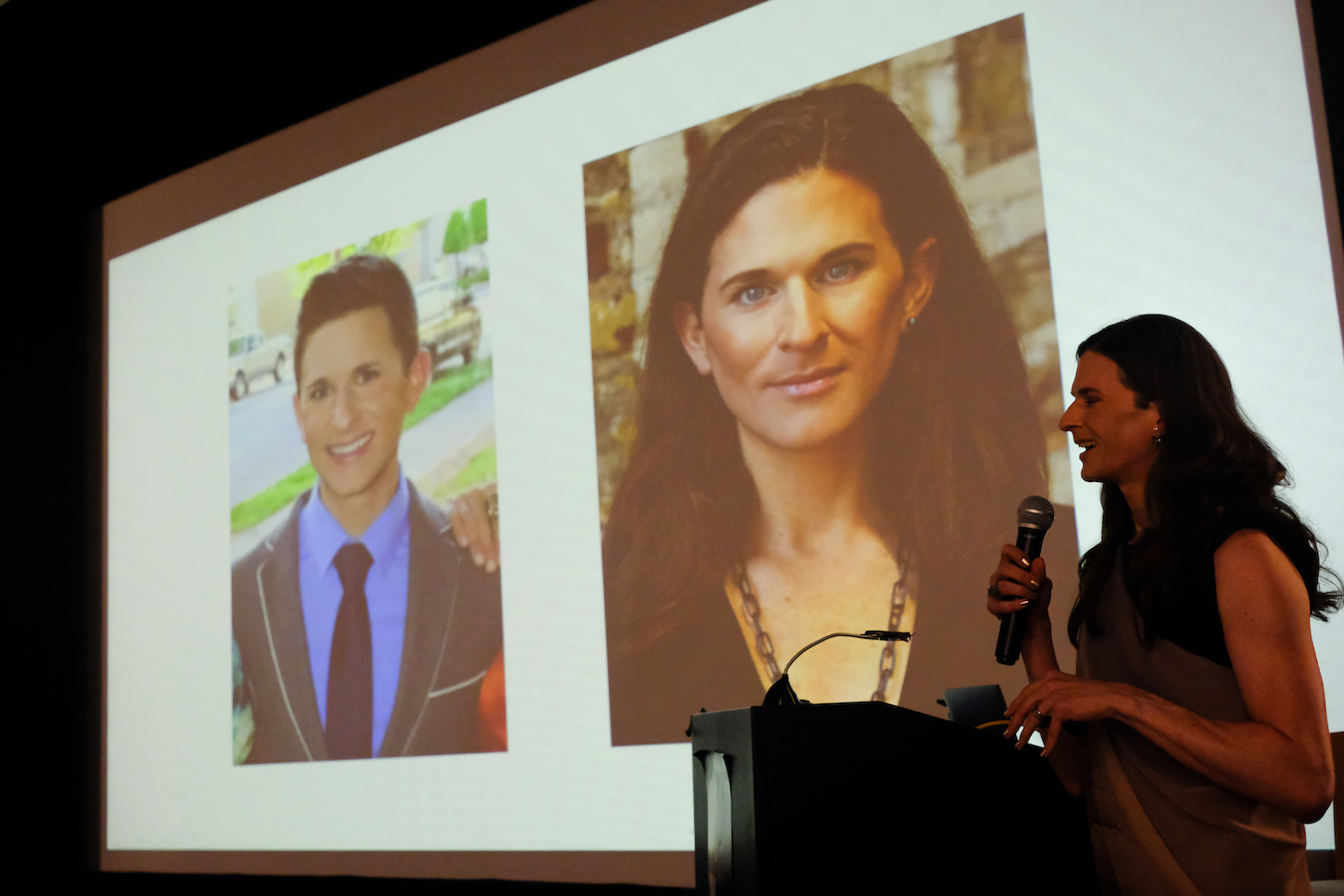 During their lecture, Miller and Drake explained that one of the coverings the United States has been complicit in is that of attempting to minimize our brutal history of slavery and racism.

Through their (Un)Known project, Miller and Drake are bringing attention to the countless lives affected by slavery in the U.S. The project involves uncovering information about slaves who were recorded in history only by their monetary value to a landowner, the inhumane way they were killed, or their capacity for back-breaking work. For Drake, the project is deeply personal. As she explained on Wednesday, the only information she has about her family’s history are the names of her most immediate relatives. As she puts it, the narrative of her heritage has been lost in the cotton fields of the southern U.S. Through the (Un)Known project, Drake and Miller are using art to tell the story of those whose stories have largely gone untold.

The first installment of the project is located on the banks of the Ohio River in Louisville, Kentucky. There, Miller and Drake have facilitated the installation of granite, limestone and steel benches mounted on a cement platform sandblasted with Drake’s poem “Finding Me”, the footprints of Black Kentuckians, and the names of enslaved individuals. The location of this first installment, named “On the Banks of Freedom”, is significant due to the fact that people enslaved in southern states attempting to escape to Indiana (a free state) would attempt to cross the river delineating Kentucky and Indiana at this point.

The (Un)Known Project, which was featured on the front page of the New York Times in June 2021, and which has received a grant from the National Endowment for the Arts, is just one of Miller and Drake’s projects they have implemented through their nonprofit organization, IDEAS xLab. All of their projects revolve around championing inclusion and belonging through creativity, art, and action. Take the One Poem at a Time initiative, which started in the predominantly black neighborhood of Smoketown in Louisville. This project has switched out over 30 billboards featuring advertisements for positive messages written by community members. One of the messages: “You Are Worthy. Worthy of Everything” became a community mantra and gave community members the inertia they needed to block the opening of two liquor stores in the neighborhood—liquor stores they did not need.

Drake and Miller are examples of artists using their creativity as a catalyst for positive change. Now, through their unique voices, they are bringing to the forefront of our collective consciousness the very important, often uncomfortable, conversations we need to have.

“Our lives are better when they are telling the full story of America,” says Drake. “Who are we to determine whose story has importance and whose doesn’t. Call it CRT [critical race theory], call it whatever, I call it history.” 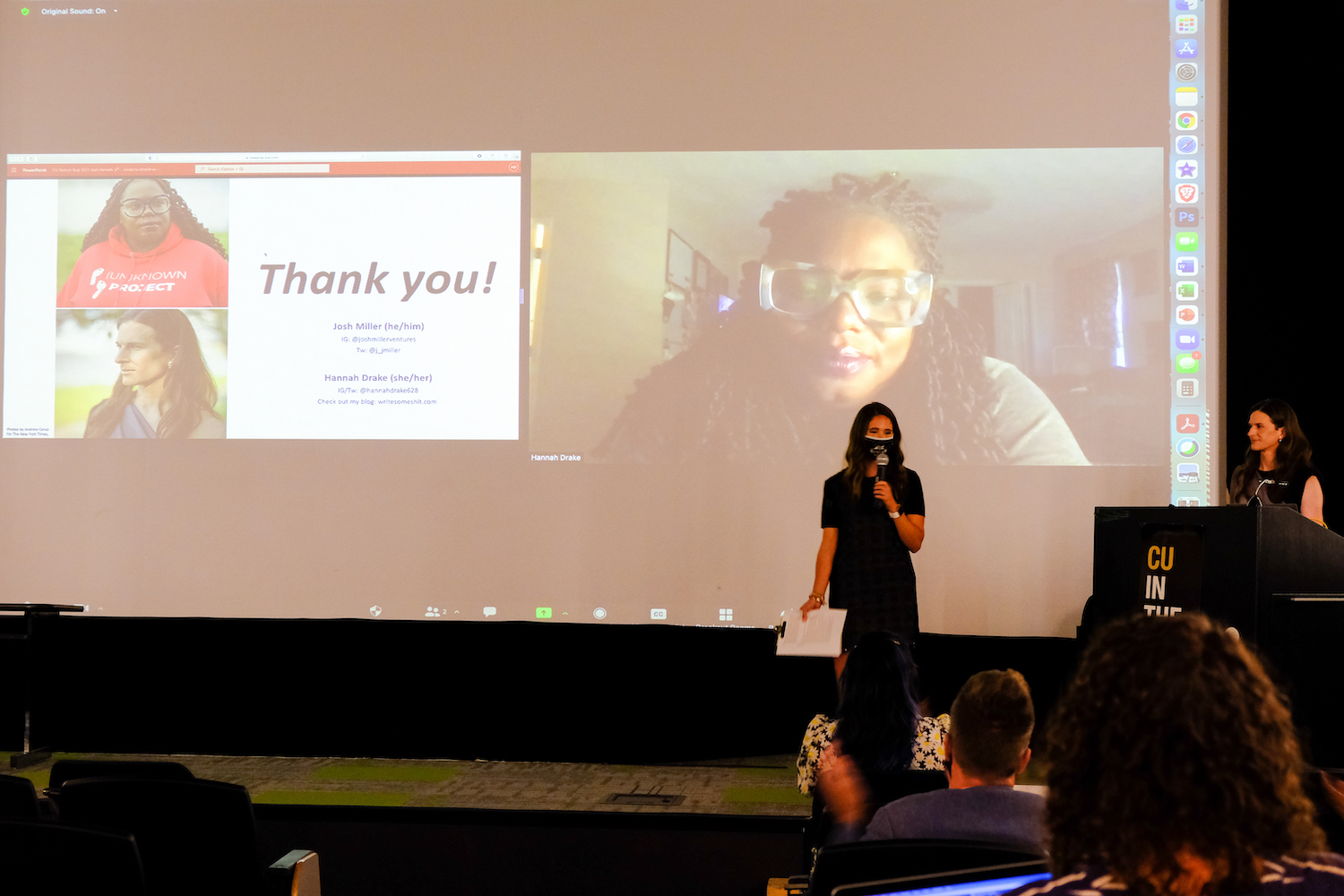