Behind the Scenes of the '21 Webseries

This degree explores hands-on techniques, ideas, and theories that are critical to the creative process. Film & Television at CU Denver is especially unique in the emphasis on television, not just film. Students are prepared to work in both areas of the industry.

From landing jobs at NBCUniversal to winning Academy Awards, our alumni prove that passion and practice lead to success. They are working as independent filmmakers, in corporate communications, in documentary film, with TV stations and networks, and in post-production studios. Students graduate with a professional portfolio, which includes personal film projects and work as a team producing a web series that has won recognition at the L. A. Web Series Festival. Graduates of the program have been nominated for Emmy Awards and receive international acclaim for their work in television, film, and documentary.

During the junior year in the program, the student cohort group writes and produces a web series. You can view the recent web series on the Web Series YouTube Channel! 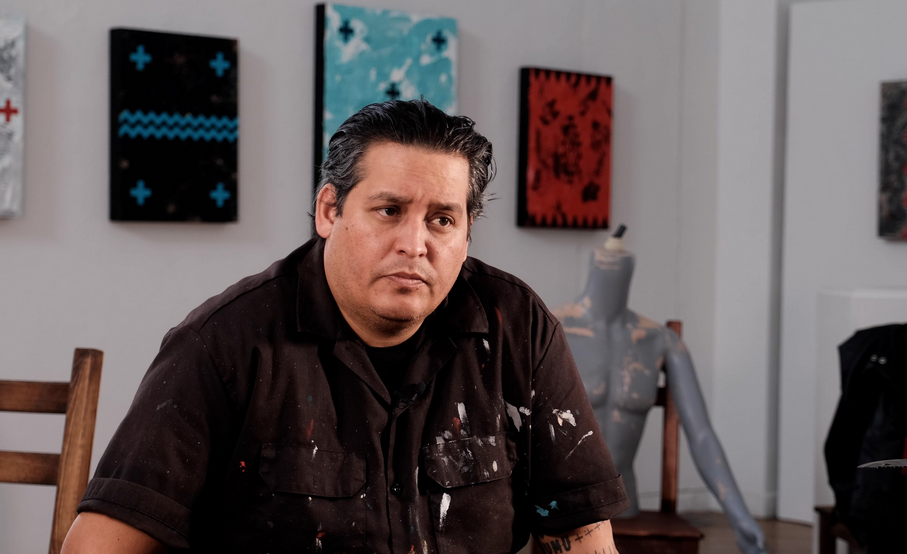 Denver and the College of Arts & Media celebrate Performance Art Week with live performance at the Emmanuel Art Gallery on March 1st and 2nd. A special viewing of video art and film will be projected on the Daniels & Fisher Clock Tower during the evening of March 1st.

Live on Tuesday, March 1, there will be three special performances at the Emmanuel Art Gallery:

Heather Sincavage's performance art explores trauma and the relationship between the emotional body and the physical body. Sincavage's art often contends with the trauma that women, in particular, experience and carry.

Following Sincavage's performance on the gallery back patio, Gregg Deal will perform his provocative piece, Bad Indian, with the Dead Pioneers. Deal's work challenges, questions, instigates, and sometimes even laughs at history, stereotypes, racism, and popular culture, as he deftly weaves narratives through his performance. His performance will be followed by a talk from John Haworth, Senior Executive of the Smithsonian National Museum of the American Indian.

This event is free and open to the public. View event details here.

Following the Emmanuel Art Gallery performances, audience members are invited to visit the D & F Tower, located at 16th and Arapahoe Street in downtown Denver, to view the work of 13 artists projected on to the side of the tower. Work featured will include that of CAM students, faculty, alumni and Jeff Becker, a world renowned performance artist who visited CAM the previous week to conduct performance art workshops.