Get to Know Sebastien Chiu

During his time at CU Denver, Sebastien Chiu served in the Student Government Association, found community in CAM, and discovered a love for photography. 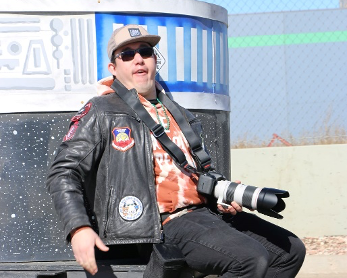 Sebastien Chiu (’20) studied film & television production at CU Denver. A transfer student from Highlands Ranch, Colorado, Chiu was drawn to CU Denver’s College of Arts & Media (CAM) by its four-year film program that emphasizes production over theory or history as well as the opportunities the university offered through student leadership positions. During his time at CU Denver, Chiu served on the Student Government Association’s (SGA) Student Fee Review Committee. His favorite experiences while on the committee included “leveraging social media to better reach students and administration through livestreams” as well as communicating fellow students’ resource needs to the higher administrative offices. One of the things Chiu appreciates most about CAM is the community it provided. “I had people that understood what I was going through, because they were in the same process of self and creative discovery. Friendships and the strength of your crew are everything throughout the four years,” he says. Chiu has applied his experience in CAM and SGA to his current role as a freelance consultant who focuses on publicity and community management in the high-end consumer audio industry.

1. How has your experience in student government helped your career?

These days, the most recurring compliment I get is that I write and communicate far past my age and what my experience level would suggest. Not only do I credit Student Government for my communication skills, but also that of building long term relationships for short term and big picture goals. I’m able to juggle them so successfully because of the experience I had at SGA. 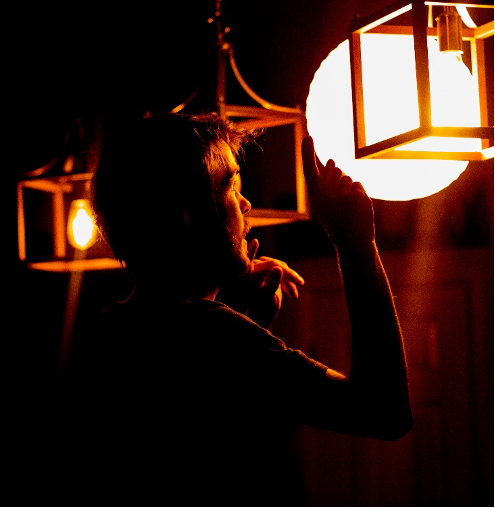 2. How did your academic or career interests evolve as you studied in CAM?

CAM allowed me to be incredibly flexible with what I wanted to do as my trust with faculty and fellow classmates grew. I found out I loved photography because of CAM’s encouragement to experiment. For much of my senior year, I worked as a set photographer on many thesis projects. Working on set as a photographer allowed me to get incredibly creative working with lights, being out of sight and out of mind of the rest of the crew, and blocking to understand how I needed to set myself up better for the next shot.

3.  If you had to pick a favorite class in CAM, what was it? What did it teach you that has continued to be helpful?

My favorite class was advanced documentary production, taught by Thomas Kolicko, who also happens to be one of the most valuable mentors I gained during my time in CAM.  We learned the process of making an entire documentary film from start to finish throughout the year—one semester being prep and shooting, the other being editing. Additionally, we had the learn-on-the-fly experience of editing and shooting additional photography as we were entering the first rounds of quarantine for COVID-19. The entire class decided to stay on, after more than half of us were graduated, to finish the completed project. (You can watch ‘Sacred Wolves’ here.)

Recently, I’ve been working on some experimental projects for clients, involving interviewing musicians and recording their performances in studios, and I don’t think I would be as successful at the process if it wasn’t for this class.

4. What is your creative outlet?

I have one that drives everything—Star Wars. When I was finishing my associates degree, I was debating whether to pursue recording arts or film production. The December I graduated was the same month ‘The Force Awakens’ came out, and after seeing the film, the rest was history. Film was the most direct path to storytelling I had at the time, and even though I don’t regret deciding on it as a major, life had other plans for me.

A public speaking class I took encouraged me to find a charity I could see myself giving back to, and with the re-ignited passion Star Wars had in my life, I knew that I had to find a way to give back to my local community through it. Star Wars helped me through my childhood many times and gotten me through depression when there was no other escape. Turns out, there were over 16,000 people who felt the same. I was introduced to 501st Legion, known as the “Bad Guys Doing Good,” a cosplay group that has been around since 1996 (the year I was born!), founded by Albin Johnson. Truth be told, I never considered cosplay or costuming, but the ability to do it and support amazing charities like FIRST Robotics and Make-a-Wish and visit Children’s Hospital as the favorite characters of those in need? Sold. Through leadership opportunities in the club, I was introduced to the idea of publicity and the power of a campaign when you combine community relations and social media with a strong message. I knew as soon as I started this was where I wanted to take my career. It’s not storytelling in the most traditional sense, but I relish the opportunity to be personally, positively impacting people’s lives and building a community around a brand.

Being a member of the 501st Legion has afforded me once-in-a-lifetime opportunities that I would not have otherwise. Most recently, I had the honor of being invited to Lucasfilm to capture the honorary membership presentation of Lynne Hale, the company’s longest serving staff member and head of publicity and communications (a personal connection for me, given my line of work). Soon after, I got to attend San Francisco’s Chinese New Year Parade. Being half Chinese myself, it was an incredibly emotional weekend, one where every aspect of my life came full circle into one place.

5. What is a career goal you are working toward?

I am building out my own clients to support eventually having an agency of my own, with my own team. If Kathleen Kennedy ever comes knocking on my door, I’d happily take a detour on that process to go work for Lucasfilm. Working on Star Wars is the only thing I’d be willing to drop everything for.