Get to Know Laura Harvey

Laura Harvey meets with prospective students and their families to talk about the opportunities in CAM and CU Denver, organizes much of the logistics behind the LYNX National Arts & Media Camps, and generally lends her positive energy to the college. 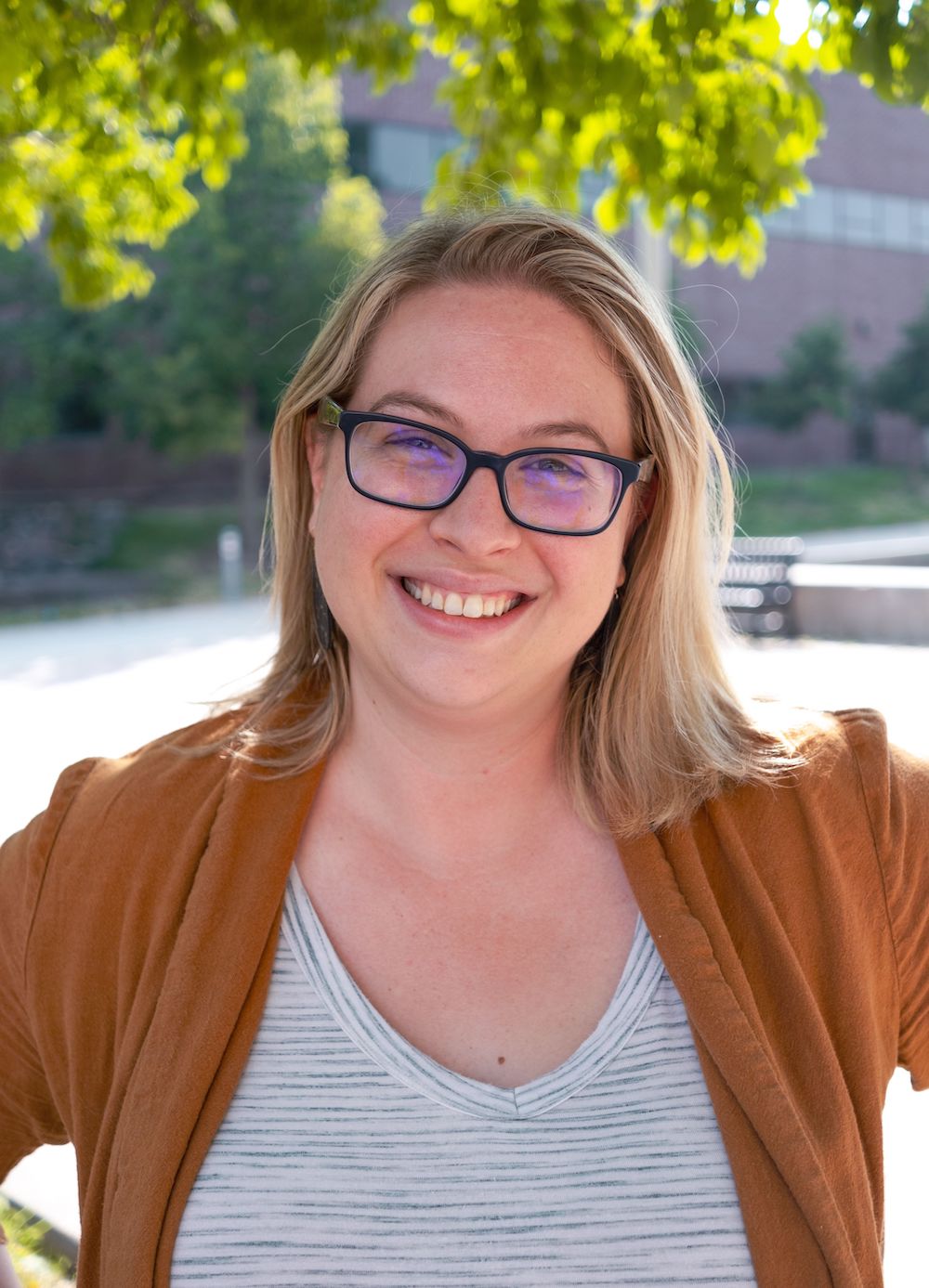 Laura Harvey is the Student Enrollment Coordinator in the College of Arts & Media (CAM). After graduating from CU Boulder with a bachelor’s degree in Anthropology with emphases in Ancient Classical Studies and Evolutionary Biology, Harvey stayed in Boulder to work for her alma mater. But, being an avid Rockies fan and concertgoer, Harvey and her fiancé found themselves spending more and more time in the city, and she took a position at CU Denver. As someone who’s lived many different places (including a two-year stint in Germany as a child), Harvey appreciates Denver’s unique charm. “Denver is one of those cities that has a small town feel but is still a thriving city with state-of-the-art museums, venues, and more,” she says. It turns out those museums really changed the course of Harvey’s projected career path. “I thought my career would lead me to the jungles of Central and South America to study Capuchin and Howler monkeys or working on archaeological dig sites across the globe. But one Museum Anthropology class introduced me to the world of museums and non-profits. This led me to working in higher education,” she explains.

Now, Harvey meets with prospective students and their families to talk to them about the opportunities in CAM and CU Denver, organizes much of the logistics behind the LYNX National Arts & Media Camps, and generally lends her positive energy to the college. Harvey appreciates the community and the colleagues she gets to work with in CAM, plus the college’s “strong commitment to innovation and furthering the arts into the future.” When she’s not working, Harvey can be found hosting an international meal night for her friends, preparing for and playing Dungeons & Dragons campaigns, or having a screening of the Lord of the Rings trilogy (the extended edition, of course!).

1. What is your connection to the arts?

Since I was a kid, my mom instilled a strong appreciation for the arts. I started playing the violin when I was seven and any time we were in a new city, we visited a museum or other cultural institution. When I was in middle and high school, I continued playing violin but then made the leap to marching band. I continued marching band through college and it's one of those experiences that has made be a better leader, communicator, and individual. Post-grad, I started an internship with the Denver Art Museum which then translated to working there in the Family & Community Programs department. Engaging with the public about how the arts are worthy and critical to student development like STEM-oriented activities made me feel like I was making a difference in my community. 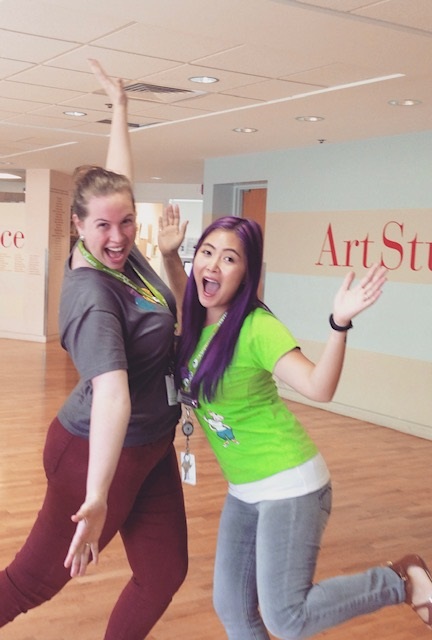 2. If you could craft a class for any department in CAM (MEIS, Visual Arts, FiTV), what would it be and what would the curriculum look like?

A class that I think would be fun to have at CAM would a mixture of a theory and practical class delving into Film Noir. This idea stems from something my fiancé and I participate in every November, Noir November, where we watch a Film Noir ideally every day that month. The first few weeks of the class would be screening pre-code (Motion Picture Production Code/Hays Code) films then move into screening peak noir films. A few of my personal favorite film noir are “Laura”, “The Maltese Falcon”, “Gaslight”, and “Out of the Past”.  I would want students to think about the following questions while viewing the films and then we would discuss them: What are the differences, what are the similarities, what themes are constant across these films, who are your protagonists, what current events show themselves in these films, what are modern examples of noir, what do these do well or what do these lack? In addition to discussing film noir, I would want my class to find other examples of noir in other mediums (literature, podcasts, video games, etc.) and relate how these either hold true to noir or bend the rules. After becoming immersed in these films, I would then task my class to create their own short noir films. The end of the semester would end with screening of these films. 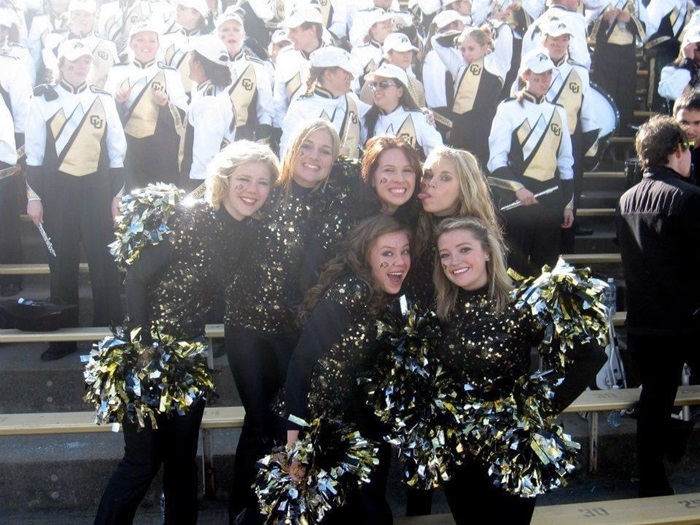 3. What have your past professional experiences taught you about working with people—specifically with young people?

If there is anything I have learned, it's that everyone, regardless of age, gender, background, etc., wants to be heard and treated with respect. Sometimes I think we forget that young people are individuals who have their own thoughts, feelings, and ways they wish to express themselves. When we listen to young people and show them the same level of interest in what they do, we’re able to develop a stronger relationship with them. Dismissing young people because they are young doesn't bring anything new or exciting to the table.

4. What has art done for you personally?

The arts have allowed me to create space for reflection and the ability to step away from how busy life can be. Whenever I go to a museum or cultural institution, I take it upon myself to be fully invested in the space I am visiting. I put my phone away and really lean into what I am experiencing. Art and music are such a relaxing and immersive experience for me, so I am grateful for the access and ability to engage in the arts.

5. What is your favorite part about the LYNX camps? Any highlights from this year you can share with us?

There have been so many highlights at camp thus far and I want to share them all! But one highlight that stands out is a particular student that participated in the Colorado High School Songwriting Competition this spring and she came to Music Industry camp this summer. Seeing and hearing this student's growth, not only in her songwriting but also her confidence, moved me. When I first met her in the spring, she was this reserved person and performer; fast-forward to the Singer/Songwriter Showcase at LYNX Camp, you see this same person who's developed their stage presence and wrote moving songs. Lucky for me and for CAM, this student is coming to CU Denver this fall, and I look forward to seeing how this student's craft continues to grow. 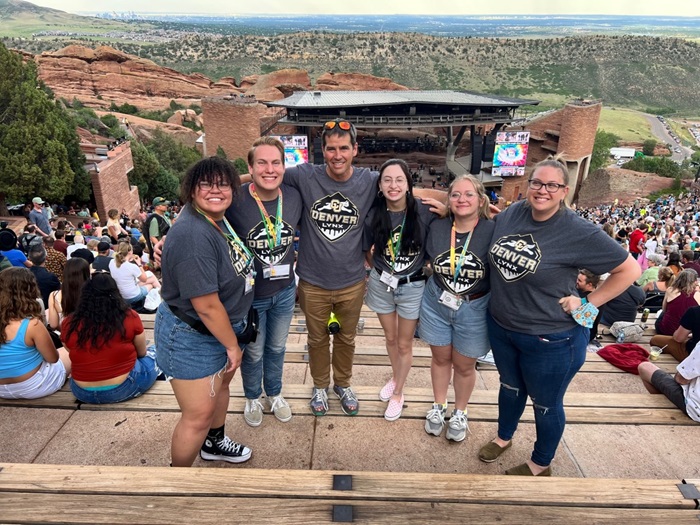