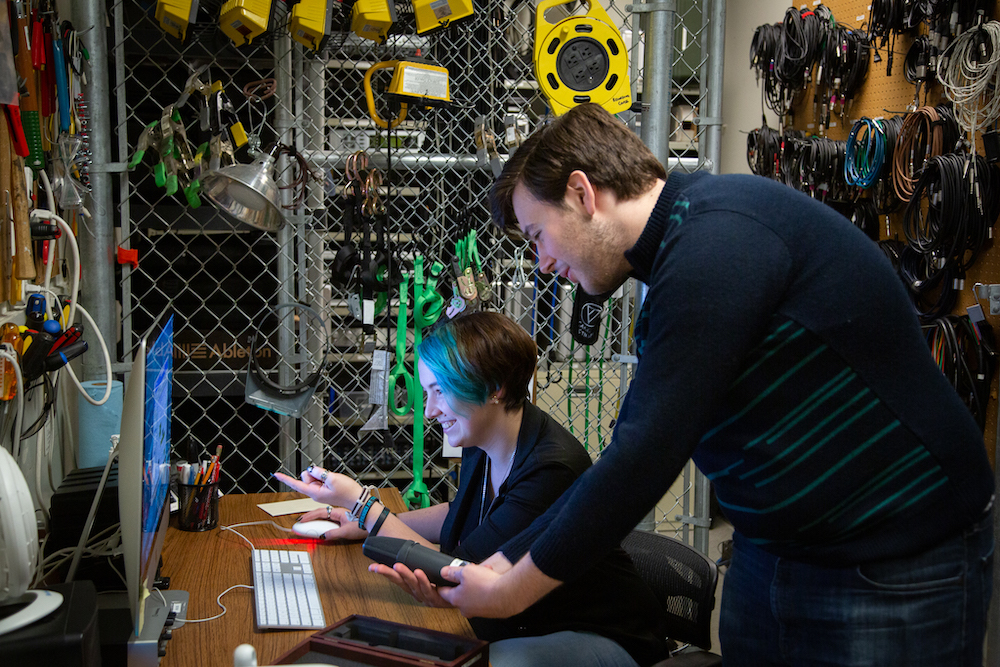 College of Arts & Media (CAM) alum Ashell Fox ’21 is the recipient of the John Eargle Award, a prestigious distinction in the audio engineering industry. Each year, the Audio Engineering Society (AES) chooses one student who demonstrates excellence in audio and technology to receive the award. Fox, who is currently completing a master of science in recording arts at CU Denver, sees the award as recognition for the hard work he’s put into research and teaching.

“Ashell is definitely a rising star of our student community, and I hope that he can continue the good work, and being diligent, motivated, and an inspiration to our student body,” says assistant professor Jiayue "Cecilia" Wu, PhD.

Fox had the opportunity to conduct graduate-level research while he was still working toward a bachelor of science in recording arts. Taking advantage of the COVID 19 pandemic and the remote learning it necessitated, Fox set to work researching the most efficient and effective methods to teach modular synthesis and sound design in an online format. Under Wu’s supervision and mentorship, Fox researched and developed the online video tutorials used for the graduate-level class MUSC 4820. Fox now serves as the teaching assistant for this course.

If helping develop the curriculum for a graduate course while you yourself are still in undergraduate studies wasn’t impressive enough, Fox also co-authored a scientific paper with Wu, which was accepted into the Journal of the Audio Engineering Society.

Now that Fox has moved on to graduate studies, Wu is still mentoring him, most recently as his master committee chair and advisor. She also appointed Fox to the position of president of AES’ CU Denver Student Chapter and encouraged him to join the AES Diversity, Equity, and Inclusion committee. The AES community, according to Wu, has provided “invaluable” mentorship to Fox.

Since he was able to conduct research during his undergraduate studies, Fox can dedicate the time in his graduate studies to writing his thesis. CAM’s recording arts faculty members, especially, are eager to see where Fox’s career will go beyond CU Denver.