Get to Know Scottie Burgess

Artist Scottie Burgess '16 says the faculty of CAM have become "dear friends and forever mentors" to him. 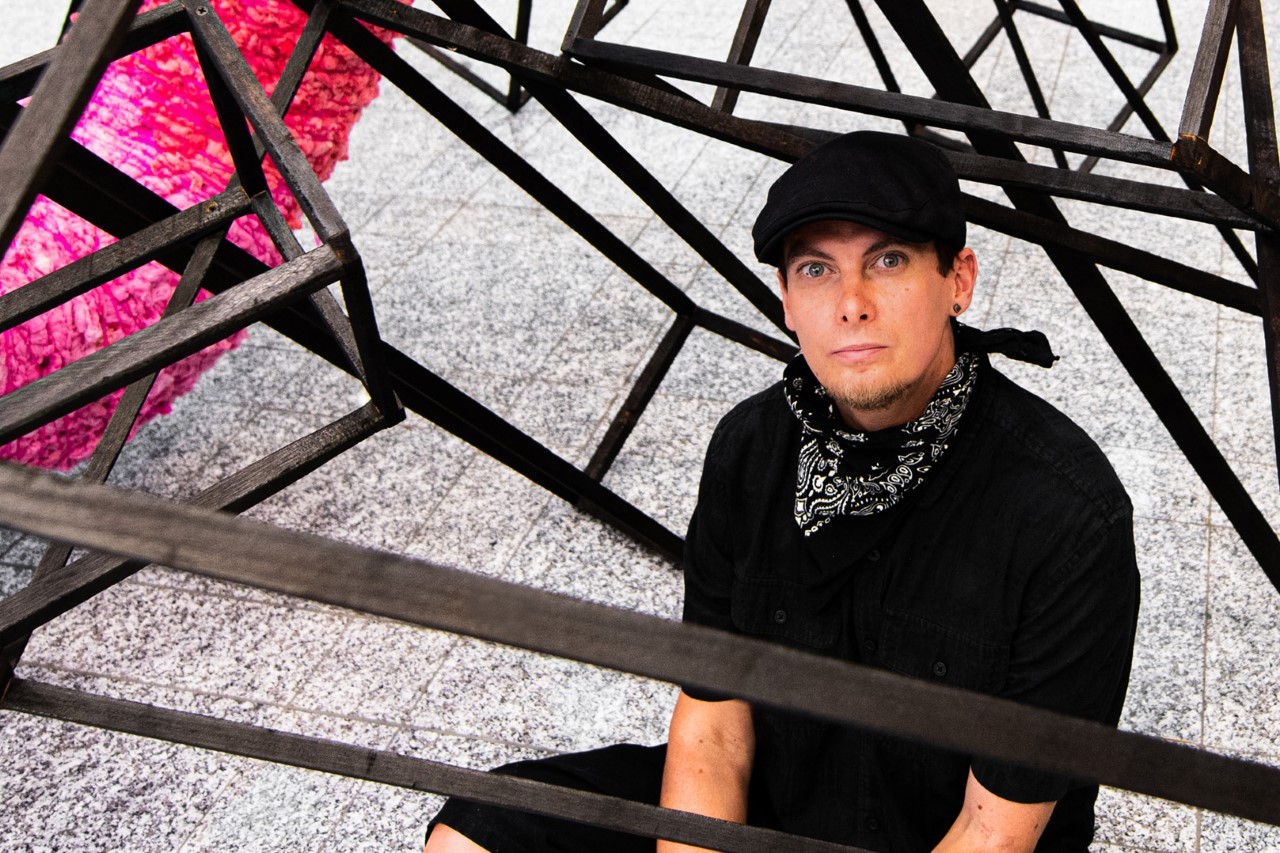 Scottie Burgess is a native of Colorado. He received dual BFAs at the University of Colorado Denver, graduating in 2016 with an emphasis in Digital Design and 2018 with a focus in Sculpture/Transmedia. Burgess apprenticed under Denver artist John McEnroe, was recently a resident artist at the Museum of Outdoor Arts, and is currently a member at Pirate: Contemporary Art. He initially attended CU Denver, briefly studying recording arts under Music & Entertainment Industry Studies (MEIS), revolving around an interest in the ritualistic transpersonal nature of live sound technology driving rave and club culture. While exploring audio engineering with the Denver Theater Company at the Denver Center for Performing Arts (DCPA), he pivoted from sound towards more visual technological expressions, leading to a predominantly installation-based and sculptural creative practice ranging from the digital to the physical. This summer, Burgess will be leading a public art class at CU Denver as an artist fellow in conjunction with the Museum of Outdoor Art’s Design & Build program.

“I am deeply appreciative of the faculty who make up CAM,” says Burgess. “Not only are they passionate and knowledgeable about their respective disciplines within the academic sphere, but they continue to be creatively active in the world at large and have become dear friends and forever mentors.”

1. You’ve said that your work often includes “meditations exploring material potentialities.” What does this look like in your artistic practice? Do you employ any rhythms or rituals to get into a creative state?

Breaking, burning, stacking, cutting, building, repeating. Be it wood, pixels, tar, brands or whatever, the possibilities exhibited when manipulating form become open and endless and has the capacity to manifest whatever we can dream up. Material exploration is a way to understand and make sense of the world while reflecting ineffable narratives that help me understand the self. As William S. Burroughs told Breyer P-Orridge, “Let’s cut it up and see what it really says.”

Meditation absolutely plays a role in my creative process. I’m often drawn to processed-based making, welcoming mistakes without being preoccupied with the end result. Repetition and textural buildups synchronize my attention to the moment, circumventing the ever-present monkey mind.

I don’t necessarily use rhythms or rituals, just doing. It’s been said inspiration is for amateurs, and rightfully so. Most of the time, it’s just putting in the work, and inspiration will eventually show itself in the wake.

I went into CAM interested in the cross-section between technology and spirituality, then came out with this diverse creative practice informed by an array of visual languages I had no idea existed. At the beginning of studying Digital Design, my interests compounded in my first required Three-Dimensional foundations class with the discovery of sculpture, installation and form, which blew the doors off my understanding of the creative process. Sculpture was totally foreign to me, and yet now, the physicality of making has become a large part of the heart of my work.

As a person, finding your passions can be a challenging endeavor. At least, it has been for me. I’ve taken several roads following a multitude of interests but eventually found that all experiences result in a rich, unique perspective that benefits from just trying, whether we know where we are going or not.

3. Do any lessons during your time at CAM stick out to you that have helped you and perhaps continue to help you, as an artist?

Challenges are opportunities to be creative! Failure doesn’t exist when making so long as you don’t quit. I can’t count the number of times I felt like I was at a dead-end and at my wit’s end because something wasn’t working. It’s all about perspective. When in doubt, kill your darlings, break it, do the opposite of the thing you did last time. 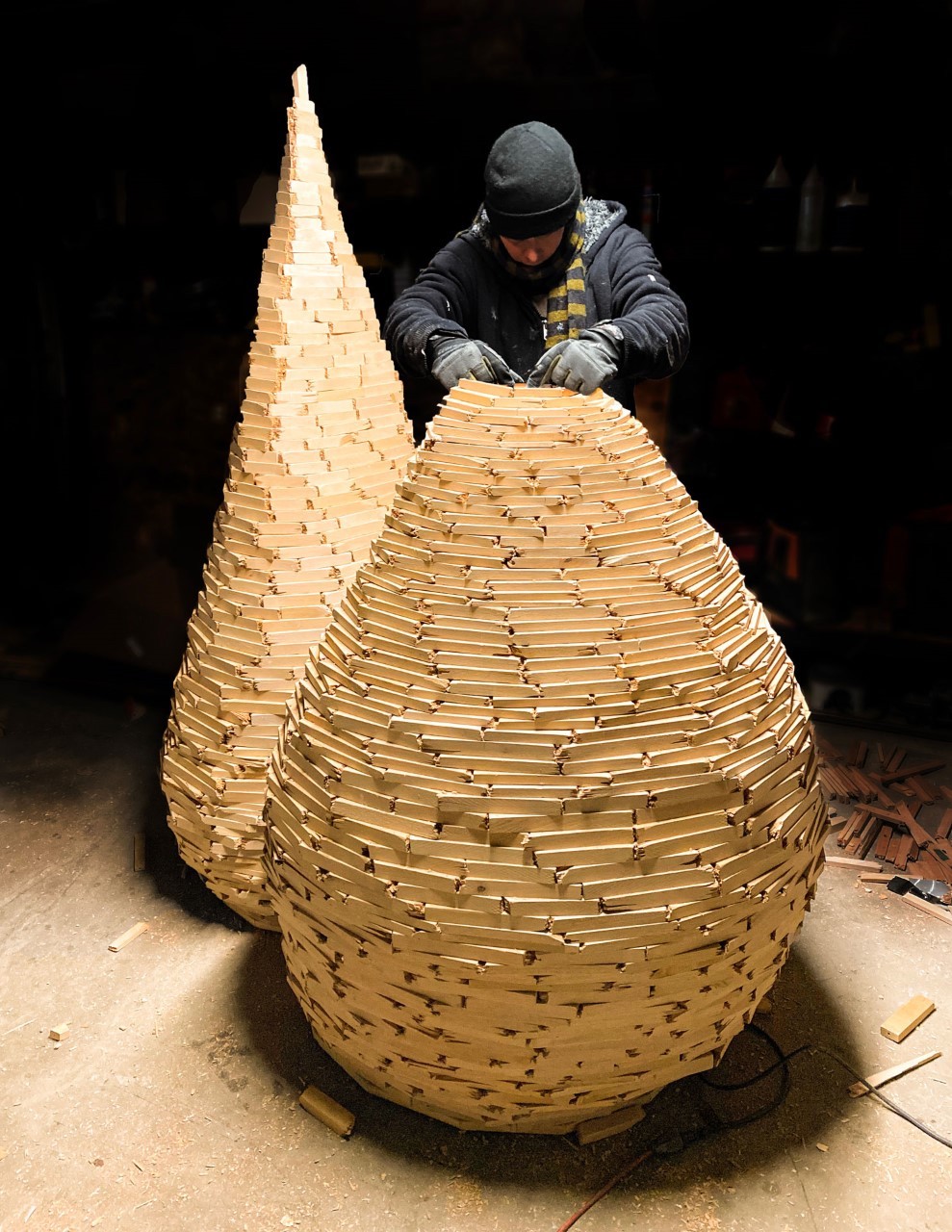 4. What is something you wish an “arts school” education could provide but currently doesn’t due to the constraints of an institution? In other words, if you could design your own art school curriculum, what would it include?

As a collaboration between a teacher and students, through creative exploration, critical thinking, and research, I would love to take a hard look at the intersection between art, design and capitalism. For a while now, I have been thinking about the creative growing within higher education, teacher-student hierarchy within an institution, and the relationship between public research-driven universities and capital. From my experience, the dealings between the creative process and economics are complex. They are rarely touched on overtly in art school, even though the very infrastructure is set largely around a budget and tuition. Living creatively while dealing with the intricacies of making a living through art can be challenging and a shock when leaving school. There are apparent paths, but what better place to explore the possibilities while gleaning a deeper understanding of the creative's place in the world?

5. What kind of conversations have you found are most effectively done using visual arts?

The visual arts have a way of reflecting the human condition while communicating indescribable sensations, ideas and states of experience that would otherwise be impossible to convey. For instance, recently attending Performance Art Week at CU Denver, artists put themselves, their vulnerabilities, hopes and challenges on full display for everyone to witness, demonstrating the diversity and power in translating complex dialogue through visual means. Space and time seemed to stand still while the preciousness of an experience was shared.