Three Visiting Scholars Will Teach Film Classes on Cinematography, Gender, and the Justice System From Mexican Perspective This Fall 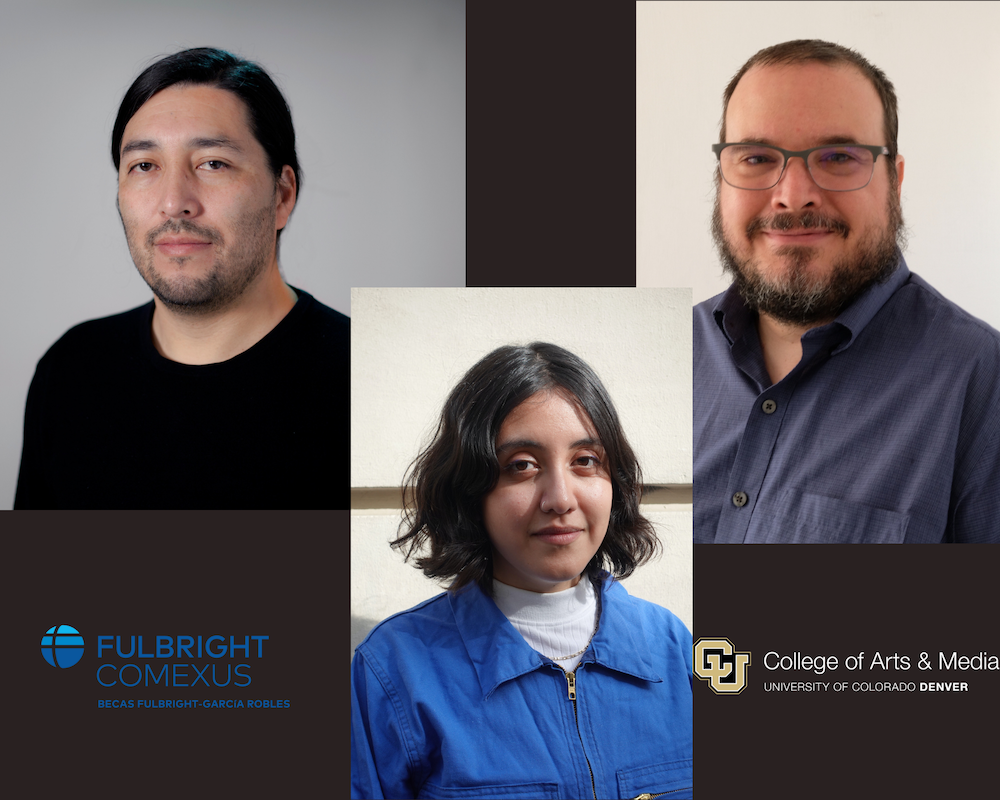 In August 2022, the College of Arts & Media (CAM) at the University of Colorado Denver (CU Denver) will welcome three visiting scholars to its Film & Television department. The three scholars, originally from Mexico, will provide a unique learning opportunity to CU Denver film students through three courses offered in the fall.

Scholars Vidblain Balvas López, Anaïs Ornelas Ramirez, and Diego Zavala Scherer have been chosen as part of the COMEXUS: Becas Fulbright-García Robles program. This partnership with COMEXUS and CAM represents the first time scholars in the Arts will be traveling to the U.S. for this program. 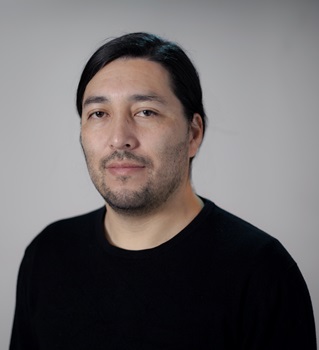 Balvas holds a master’s degree in Cinematography and Directing from Centro de Capacitación Cinematográfica (CCC) in Mexico City. Packed with everything from short films to TV series episodes to documentaries, his resume includes works for companies such as Netflix, Comedy Central, the Discovery Channel, and HBO. One of the short films Balvas contributed to, El Deseo, written and directed by Marie Benito, received a Palm d ́or nomination at the Cannes film festival in 2008 in addition to making the official selection of over 25 film festivals.

Balvas currently teaches advanced cinematography at CCC and cinematography for directors at the Universidad de la Comunicación, also in Mexico City. At CU Denver, Balvas will teach Less Is More, in which students will learn how to use the camera and the cinematography itself not only as technical tools for filmmaking, but to create drama. The curriculum is designed to highlight that every element in the frame is a choice. Filmmakers choose the elements like framing to lighting from their interpretation of the script. 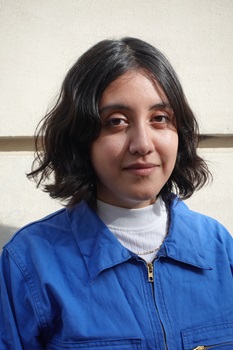 Ornelas holds a PhD in Hispanic Studies with a Film and TV discipline from Sorbonne University in Paris. The research she conducted for her PhD centered on portrayals of women in telenovela and cinema in Mexico and Colombia dealing with violence and drug trafficking. Ornelas has taught a variety of undergraduate courses in Latin American literature and history, film analysis, Spanish and Latin American cinema and Spanish language, and a graduate course in Screen Media in the Hispanic Studies department of Sorbonne University.

At CU Denver, Ornelas will teach Gendering Violence in Contemporary Mexico, a course which will explore the gendered power dynamics that have shaped the aesthetics of contemporary Mexican Film and TV. It will allow students to familiarize themselves with Mexican productions as well as the contexts and the realities of the industries that generate interconnected power relations pertaining to race, class and gender. 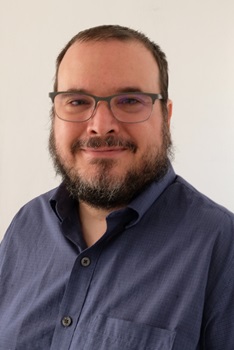 Zavala is a research professor at the Media and Digital Culture Department at the Tecnológico de Monterrey and the coordinator of the research group Media, Arts and Digital Culture. He teaches the courses Directing Documentary, Documentary Film History, Seminar in Creative Industries, and Transmedia Production. Zavala holds a PhD in Media Studies from Universitat Pompeu Fabra in Barcelona, Spain. Zavala has served as guest lecturer at universities in the U.S. (UC Berkeley, UC San Diego, and Drake University) as well as Cuba and Argentina.

At CU Denver, Zavala will teach Forensic Turn in Mexican Contemporary Film, which will analyze the elements, practices, and social movements related to the emergence of legal, judicial, police, and jail representations of the Mexican reality in the past 20 years. Specifically, the course will focus on three different theoretical traditions: true crime, tabloid culture/reality TV, and the forensic turn.

CAM is eager to host the three visiting faculty members as their instruction will expose our students to perspectives outside the film industry in the U.S. The partnership also represents the college’s alignment with CU Denver’s Strategic Plan 2030, specifically the third goal which is for the university to become internationally known for our research and creative work.