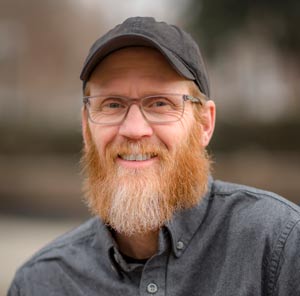 Nathan Thompson holds an MFA from the University of North Carolina School of the Arts in Technical Direction for live performance practices of theater, opera, and dance. He has worked with the Denver Center Theater Company and Central City Opera among other production companies and directed technical aspects of productions in venues such as the Ellie Caulkins Opera House and the Buell Theatre.  A member of I.A.T.S.E Local #635 for 23 years, he has worked on film and television sets as well as in venues such as the Denver Convention Center and Red Rocks Amphitheatre.  He has recently completed set design and construction coordination for an upcoming feature film awaiting distribution.  He provided production and lighting design for the film Three Worlds One Stage recipient of Best Documentary award at the Global Indian Film Festival.  As an educator, Nate has served the College of Arts and Media since 1999.  He continually investigates and adapts teaching practices to be learner centered, teaching a wide range of course topics.  Nate’s leadership can best be described as adaptable.  As Technical Director for seven seasons at Central City Opera, he led union crews in the facilitation of complex repertory programs, navigating the needs of stagehands, design artists, and the orchestra.  He has served as Interim Chair for the Film and Television Department.  As a leader, he has modeled inclusive collaboration striving to advance student, staff, and faculty autonomy, mastery, and purpose in the creative arts to explore the human condition in its immense complexity.