Pierre Bensusan joins the talented CU Denver faculty and other musical guests in an event celebrating the diversity and brilliance of the guitar. 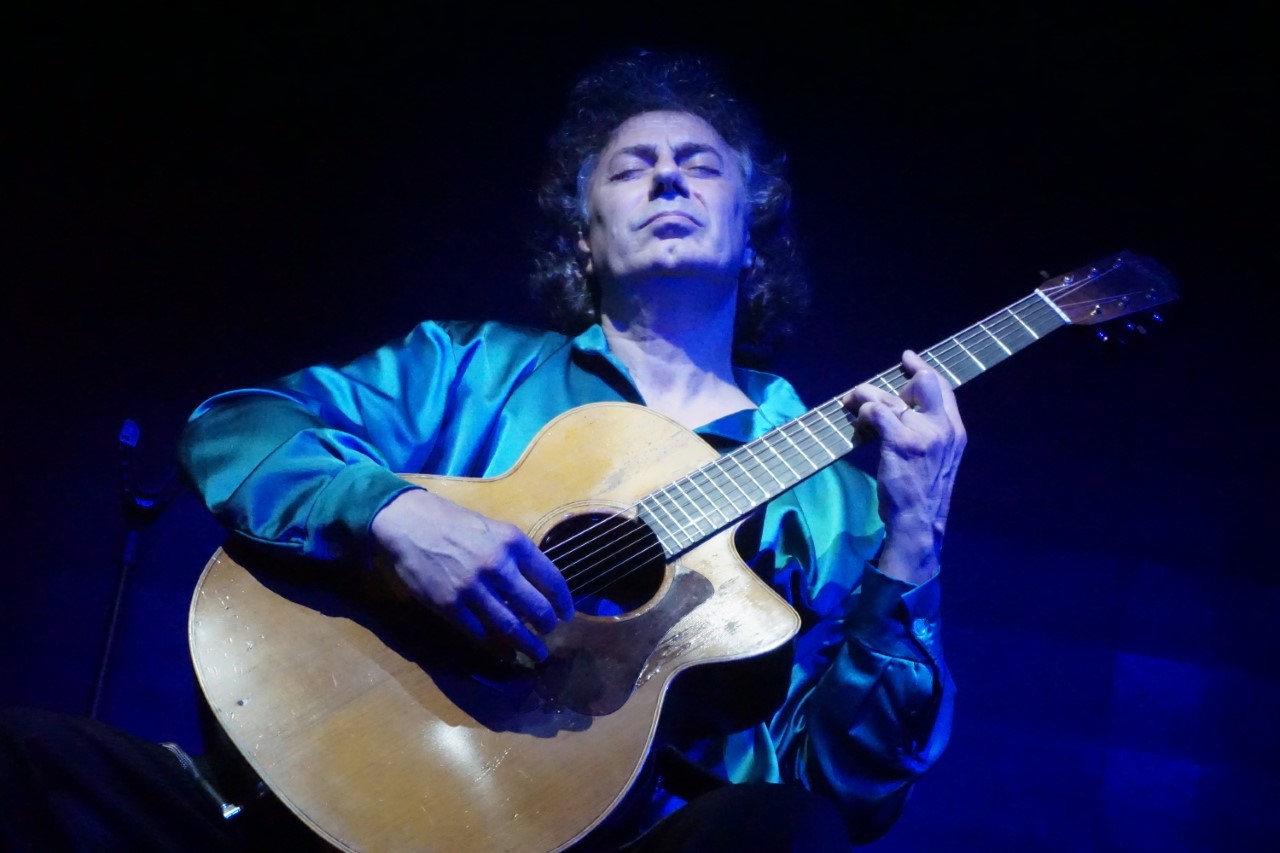 French-Algerian guitarist Pierre Bensusan joins the outstanding CU Denver guitar faculty and other talented musicians for a night of music celebrating the diversity and brilliance of the guitar.

Guitar Night is an annual event, the brainchild of Professor Sean McGowan, guitarist and chair of the Music & Entertainment Industry Studies (MEIS) department in the College of Arts & Media (CAM). Past events have included notable guests like Bobby Broom, Alex de Grassi, Andy McKee, John Scofield, and Tuck & Patti. After having to cancel the event two years in a row due to the pandemic, this year’s concert has the energy of two years' hibernation behind it. Bensusan, who had to cancel an international tour last year, is also eager to perform in front of an audience once again.

Winner of the Independent Music Award for his triple live album Encore, voted Best World Music Guitarist by Guitar Player Magazine Reader’s Poll, and winner of the Rose d’Or at the Montreux Festival for his debut album, Bensusan is recognized as one of the greatest guitar players of the 21st century. His totally unique fingerstyle guitar approach weaves together influences from classical to jazz to neo-acoustic.

The artist’s newest album, Azwan, is inspired by birds and bees working and flying together and speaks to oneness and interconnectivity in the midst of a unifying global crisis. The songs resonate joyously, providing some respite from the tension of these times.

Professor McGowan, CU Denver’s own Grammy-nominated guitarist, will also lend his talent to Guitar Night. McGowan’s first album, River Coffee, won the Best Independent Release of the Year Award (2002) from Acoustic Guitar magazine and music from the recording has been published in Mel Bay’s Master Anthology of Fingerstyle Guitar, Vol. 3 (2005). McGowan is a sought-after masterclass teacher in addition to being a frequent performer at festivals such as the Novi Sad International Jazz Fest in Serbia, Jazz Aspen Snowmass, Copper Guitar Town, the Five Points Jazz Festival, New West Fest, and eTown in Boulder. He’s also been known to delight the audiences of Denver’s local jazz clubs.

McGowan released his Union Station album this year after living through the lockdown. Like Bensusan’s Azwan album, Union Station has a positive, upbeat theme. “The concept for this album was centered around the inherent joy of traveling and gathering with people, which of course, we haven’t really been able to do and just took that for granted,” McGowan explained in a recent interview with Jazz Guitar Today.

Other CU faculty members and instructors rounding out the Guitar Night program include Tim Wendel, Richard Strasser, Michael Lancaster, Drew Morell, and Bill Kopper. These accomplished musicians have devoted followings among Denver music-lovers and will be joined by other guests playing a variety of instruments.

The music of the night will range from jazz to neo-classical to South American and will represent a celebration of our collective ability to gather together once again.