“Behind the Curtain” gives visitors a backstage tour of the costume-making process and introduces them to some of the many talented individuals who make the magic happen. 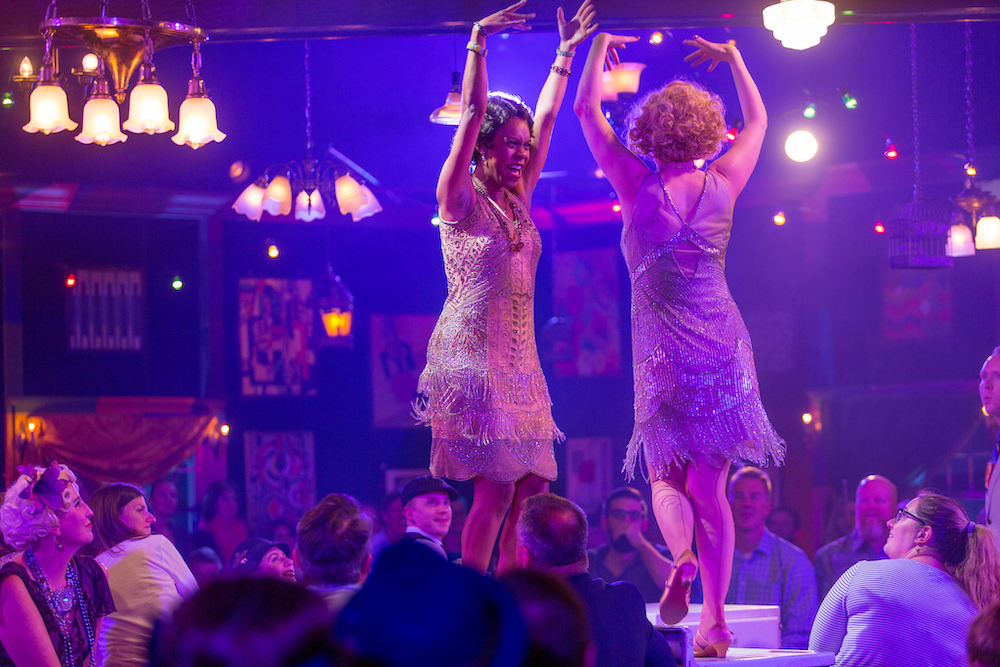 An exhibition celebrating the artistry of theatre costume design is on display now at the CU Denver Experience Gallery (formerly the Next Stage Gallery). Behind the Curtain: DCPA Theatre Costumes Up Close champions some of the most minute details of theatre—from original costume renderings to the finished products and all the skilled work represented in between.

“Costume design brings a human element to a production. Clothing is a choice that reflects a certain mood or a place, and the costumes help the audience connect to the character,” says Meghan Anderson Doyle, Theatre Company Costume Design Associate at the Denver Center for Performing Arts (DCPA).

The work of DCPA’s Costume Crafts Director Kevin Copenhaver and Anderson Doyle take center stage in this free exhibition that runs through April 2, 2023. Visitors can see Copenhaver’s and Anderson Doyle’s original costume sketches, read about the research that went into each piece, and get an up-close look at the finished costume. The exhibition shares trade-secrets like just how many hands are involved in making a costume a reality and the special accommodations designers think about to allow actors to move freely on stage.

"Kevin and Meghan's work stands out as significant to me not only because of the impeccable execution, but because of their ultimate JOY for the process of creating costumes. From research to drawing to cutting cloth, Kevin and Meghan put every ounce of their being into making costumes that speak not only to the script of whatever play is being produced, but to the communities, artists, and individuals that both wear and view the costume on stage!" says exhibition co-curator Jensina Endresen.

Endresen is a graduate student at CU Denver pursuing a Master's in Humanities with a focus on the intersection of art, fashion, history, sustainability and spirituality. While she thinks of her role in this exhibition as more of a "co-conspirator" or facilitator, Endresen has many years experience curating shows involving textiles. Among other exhibitions, Endresen helped install shows featuring the work of world-renowned couture designer Christian Dior in Brooklyn, New York, Doha, Qatar, and Denver. Currently, she holds the role of Exhibitions and Installs Planning Manager for the Boulder Museum of Contemporary Art (BMoCA).

The Process of Creating a Costume

Creating a costume is a process that starts six to nine months before the first curtain call. The process kicks off with discussions between the designer and the director to hone in on the unique aspects of each character and the show in general. 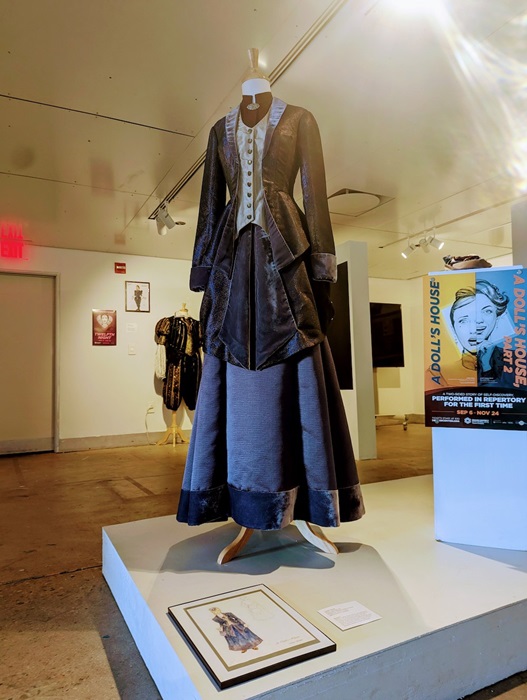 For Anderson Doyle, who describes herself as a history nerd, the next step, research, is a fun one. She consults books from the library, information on the internet, and what other theater companies are doing. No matter what show she is designing for, she will look at paintings and ads from the time period. Following research is rendering, when she gets to take all of the things she’s learned through her research and put pen to paper. These sketches—sometimes done by hand and sometimes in Photoshop—become the blueprint for the costume.

Next a draper or a tailor takes the sketch from 2D to 3D. Then first hands and stitchers join the process to create the garment. The accessories and wig department step in next to complete a character’s look. Then the garment goes through multiple rounds of fittings with the actor who will be wearing the piece on stage.

Diverse Cast of Characters and Shows on Display

Featured costumes in Behind the Curtain include pieces from DCPA shows American Mariachi, The Chinese Lady, A Doll’s House, The Wild Party, Twelfth Night, and Tommy. Due to the length of the exhibition and the light sensitivity of the materials, costumes will be rotated in and out, giving repeat visitors the chance to see something new.

The DCPA’s assortment of shows highlighted in the exhibition tell stories that span time, space, dimensions, and identities.

Included in the exhibition is a collection of masks designed by Copenhaver, who studied under the tutelage of world renowned Commedia Dell'Arte teacher Donato Sartori at il Centro Maschere e Strutture Gestuali in Padua, Italy. Copenhaver has been a Costume Crafts Director for the Denver Center since 1990. “I enjoy building the crafts with my team for shows that I design the costumes for–such as the masks for Oedipus Rex; the hats, accessories, and bloody effects for Sweeney Todd, the dozens of hats for the ladies in Crowns,” Copenhaver said. 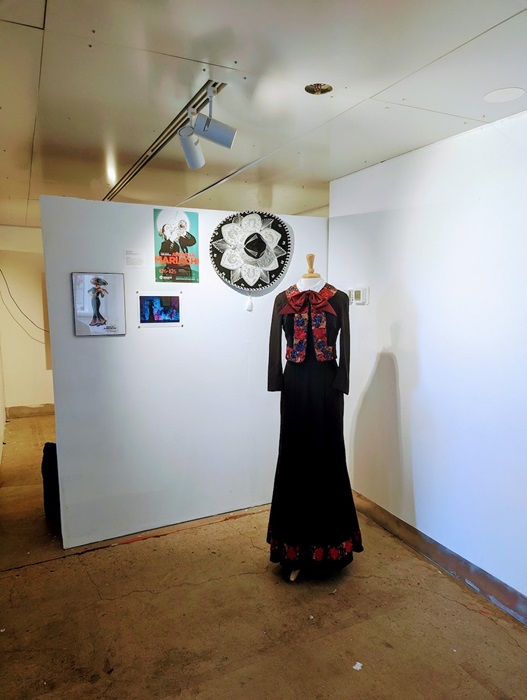 When pressed to name a favorite piece she’s designed, Anderson Doyle says the play American Mariachi holds a special in her heart. The story is about a Latinx family living in Denver in the 1970s. As a “fourth generation Northsider born and raised on the traditional land of the Cheyenne, Arapaho, and Ute People (Colorado)”, Anderson Doyle appreciated the story that champions the Denver community and the many people who call this place home.

The impact of Anderson Doyle's and Copenhaver's work is not lost on Endresen, who says "there is nothing better than getting to be up-close and personal with costumes, whether they be for stage, runway, or exhibition." Endresen hopes the exhibition does more than just give visitors a glimpse behind the scenes. "Material culture is something we're all so familiar with, and therefore often overlook. By showcasing the intent and intensity with which these costumes are meticulously researched, drawn, draped, and sewn, my hope is that visitors walk away with a greater appreciation for the objects that are in our everyday life," she says.

CU Denver's partnership with the Denver Performing Arts Complex and the DCPA is a boon to the student experience. Students have a hand in creating pieces for exhibitions such as a behind-the-scenes-of-costume-design video currently on display in the Behind the Curtain exhibition. Gallery director Jeff Lambson says the opportunity for students to work with the artists who show their work in the CU Denver Experience Gallery and its location in the heart of Denver's thriving downtown art scene make it an extremely valuable resource to the CU Denver community.

Behind the Curtain: DCPA Theatre Costumes Up Close is open at the CU Denver Experience Gallery (located in the Denver Performing Arts Complex across from the Buell Theater) from December 17, 2022 through April 2, 2023. The exhibition is free, and the public is encouraged to attend an opening reception on February 2, 2023 from 5-7pm.