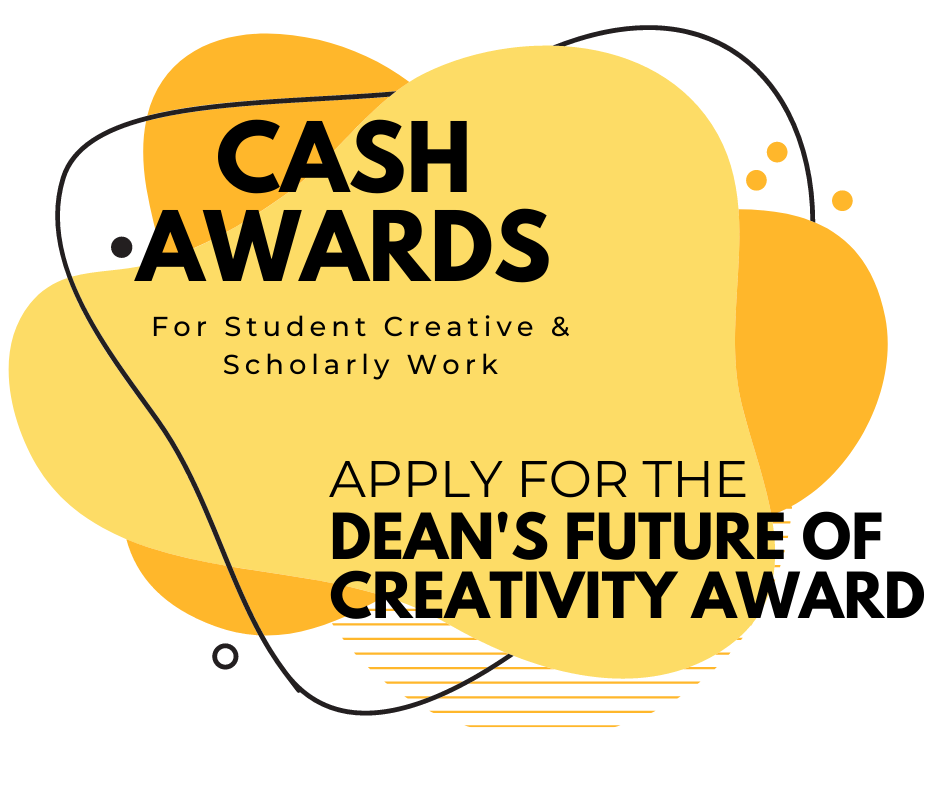 View the Work of '21 Award Recipients

For more information or questions about this award contact:

Follow the creativity, artistic, and scholarly journey of the recipients of the Future of Creativity Student Awards.

Have a Nice Day January Update

Have a Nice Day is off and running! After a laborious fall semester, the apocalyptic satire is mostly shot; we’ve only minor scenes and pick-ups slated for the fifth and final day of production. Though most of us have never worked harder in our lives than we did in the pre-production and production phase of this film, we’re coming back from break hungrier than ever to finish the project we’ve poured so much effort into. We do now face some challenges as COVID spikes and snow (finally) begins to fall, but if there’s anything the team behind Have a Nice Day knows how to handle, it’s adversity. Six months ago, these challenges would have seemed almost insurmountable, but having seen first-hand the professionalism and amicability that our team brings to the table, any worries have been squashed into oblivion. Time and time again, we adapt.

It was quite amazing to see the reverence the cast and crew had for each other and for the art of the project; we all fell so naturally into our roles and hit the ground running on day one. The first indicator of such a special group was everyone’s transparency in showing excitement for the source material: senior student Harrison Brown’s short script about the end of the world via asteroid. Now, asteroid films have been made before, but the ingenuity that piqued everyone’s interest was the scope of the script. It’s a microscopic take on a very macroscopic premise. Our hero isn’t the one and only who can save humanity. He’s simply a side player in a world-ending event just trying to get through his shift as a liquor store clerk, and as inconsequential as it may seem, trying to keep alcohol out of the hands of the youth.

Because there was such little precedent for what Harrison did with his script, director Ethan Lien, director of photography Amadeus Bennett, and production designer Hannah Sheldon found themselves at the foot of an opportunity as exciting as it was daunting: they had to create a new visual language for a premise that hadn’t been previously explored. It had been important to us from the conception of the project to nurture a culture of inclusivity and creative input; this was made shockingly easy by these three and an entire crew of like-minded, passionate creatives. After only a few meetings, Ethan, Amadeus, and Hannah had a robust visual language developed for the film, and we were off to the races. The consensus was that we’d ride on the coattails of cliché, borrowing elements from action-packed thrillers to visually deliver our deliberately mundane account of blue-collar work.

After the language had been agreed upon, it was off to the races, and each member of the crew stepped up to the plate and delivered above and beyond their expectations. As we move into the edit, we have everything we need to tell the exact story we set out to tell.

Have a Nice Day Crew

Santiago Jimenez (Behind the Scenes Videographer; Film and Television)